In August, I had the chance to attend the Montreal launch of Trish Salah’s Lyric Sexology Vol. 1 presented by Metonymy Press. The launch took place at L’Eugélionne, the recently opened feminist bookstore in the Gay Village. It was a blistering, humid summer day in the middle of Montreal’s Pride week; the bookstore’s doors were left open, allowing the ebb and flow of Sainte-Catherine to fill the space already tightly packed with people.

In this muggy, human atmosphere, it was easy to get lost in Salah’s languid and spiralling verse. Selected poems from the collection directly involve Montréal as landscape or backdrop and there is something to be said for experiencing poetry as a vector of place. Lyric Sexology Vol. 1, in fact, has a lot to say on this very topic: the poems it contains examine emotive topographies, paying specific attention to the shifting borders between self, environment, and other. Always anchored to the intimately relational, Salah’s poetry coasts effortlessly across embodied timelines of real, mythical, and imagined dimension.

One of Lyric Sexology Vol. 1’s most novel formatting choices is the use of a chapter structure, capped by an epilogue and prologue. The prologue sees Salah channel the prophet Tiresias, known for living seven years as a woman, a punishment doled out by Hera. The reinterpretation of Greek myth is a common poetic trope, but Lyric Sexology injects new life into it with a yearning and questioning voice. The collection of poems opens with Salah’s Tiresias musing “I never meant to become an I. / I didn’t mean to be.” These verses set up the conflictual relationship between self and observer. Bound up in the “I,” as self, is the homophonic “eye”: the gaze of the other, which shapes the observed through its bias. These same preoccupations close the collection’s prelude when in “Tiresius, Again. Up close and personal,” we read

Have you ever considered that I might have preferred to be forgotten?

Think of my family, Cassandra’s belly swollen with unwanted futures,

and what it is to live past everyone you’ve held dear.

This palimpsest—a literary device named for the act of reusing one piece of vellum for several documents, inscribing each layer over the remains of the last—is a beautiful and elegant blending of Salah’s chosen mythological figures with historical and contemporary queer experiences. The losses witnessed by the prophet (prophetess? which would she have preferred?) Cassandra evoke a sense of knowing helplessness that calls to mind the AIDS crisis and the ongoing murders of trans women, especially women of colour, and Black and Indigenous women.

While these poems display Salah’s masterful pen and sophisticated relationship with story, they are never dull and consistently remind the reader of their sharp cultural insight. In “Tula,” Salah writes

In an economy of diminishing returns:

‘Life is Harsh. Your Tila Tequila shouldn’t be.’

Tila Tequila is a beautifully chosen cultural reference. The mention of her name conjures a fluctuating continuum of temporally situated identities: Stripper Friends and the era of myspace, A shot at love with Tila Tequila, sensationalist yet highly visible bisexuality, the golden age of MTV reality shows, the millennial blossoming of social media, the flat-earth society, and Nazism. Tequila’s seemingly constant semiotic drift embodies a phrase spoken in “Tiresias, impersonated”:

You do not have a word for snakes or gods or sexes. You only think you do.

You do not have a word for the meeting of snake sex god in one word’s divided knowing, a knowing one divided word.

This mobility of identity is the true space in which the poetics of Lyric Sexology Vol. 1 play out. In “Reliquary Genders,” Salah writes “I could put you down without trying. / You are waiting for my moment, to know it / All exists, all exits, abandon.” and in “Teenage Trans Vamp Montreal, Fall 1987”:

He sticks his bony finger through a hole

in your fishnets, tears them from my thigh

He’s not French, so it’s unlikely,

him being in Montreal, in this poem

you can guess what he means.

These are both beautiful examples of the way in which the amphibology of Salah’s grammar informs the explicit and implicit meaning of her verse. The use of line break consistently frustrates expectation and redirects the reader’s anticipation; the consistent use of homophones, consonance, and near repetition contribute a deteriorating, mobile quality to the poetry; demanding an intentional engagement from the reader to situate the shifting persons and pronouns; signifiers and signifieds.

Trish Salah’s language blooms across these pages with an effortless engagement that reads as organic, deeply personal, and highly accessible to a broad range of experiences. This first Canadian edition of Lyric Sexology Vol. 1 is a humming and electric meditation on identity as an embodied experience: truly a feat of literature by Trish Salah and another jewel in the crown of Montreal’s Metonymy Press.

Alasdair is a fransaskois artist with fingers in many pies. He is a former Saskatoon individual poetry slam champion, has taught cultural studies at the University of Saskatchewan, and has served a term as the Regina Public Interest Research Group's Artist in Residence. His work has been exhibited across Western Canada and can be read in Urbania, Oratorealis, Revue Moebius, and ÖMËGÄ. 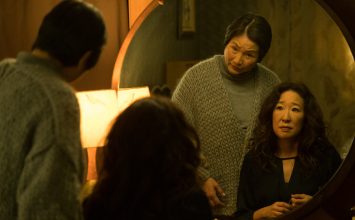 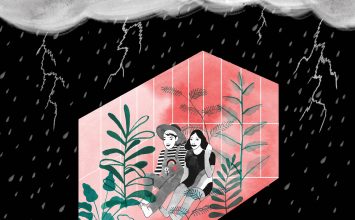 Making Friends for the End of the World