A Review of Anna Rose Holmer’s The Fits

It has been increasingly difficult for me to find worthwhile and interesting media amongst what I have come to disregard as “White People Films” (read: the vast majority of films released in cinemas, on Netflix, etc.). It’s no surprise that white supremacy restricts the production of stories that depict something other than cis hetero dude experiences. I relish that Anna Rose Holmer’s The Fits (2015) features two white people at most, focusing instead on the representational experience of pubescent Black girls.

The film centres on Toni (Royalty Hightower), an athletic pre-teen who joins an all girl dance crew in the West-End of Cincinnati that is affected by a mysterious outbreak of fainting spells. Holmer represents the discomforts of puberty via dance, and the artistic movement of Black bodies is at the forefront of this creative coming of age story. Toni’s development from childhood to adolescence is analogous to the ways in which she moves between her oppositional athletic pursuits. The camera lingers on Toni’s face for minutes on end as she twists, contorts, and rhythmically pulses her body with determination, entering a sort of trance of the movements that each activity necessitates. 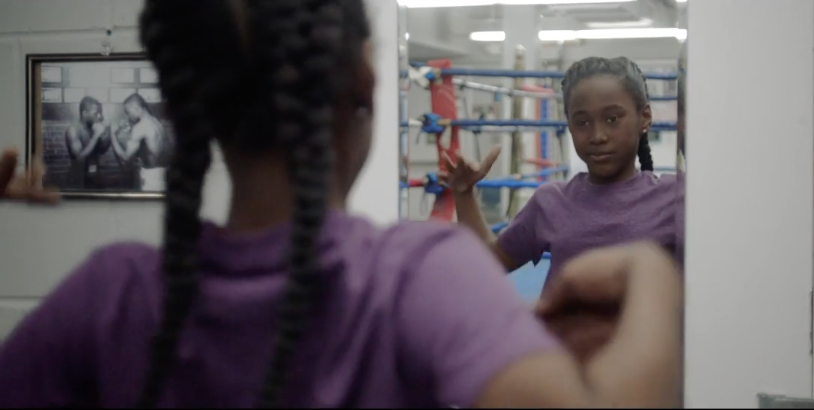 Throughout the film, Toni straddles both rigorous boxing training with her older brother, and pushing her body into coordinated dance choreography. The all Black femme composition of the crew is juxtaposed with the boxers, who are predominantly adolescent Black men. Toni’s decision to join the dance crew is part of her self-discovery and desire to belong with Black femmes.

For Black femmes, the onset of a particular gender and race based scrutiny, as well as the oppressive gaze that comes from heteropatriarchal rape culture exacerbate the awkward changes that come from growing bodies. Pubescent Black femmes are hypersexualized from the moment their bodies begin showing signs of entering adolescence. Holmer’s depiction of the experiences of puberty is refreshingly is free from this violent influence, as the narrative is entwined within Toni’s observations, and how she situates herself within a community of Black femmes. Holmer focuses our attention solely on Toni’s experiential transition as she navigates her involvement with the crew and establishes her dancing capabilities. At first, her learning of the “Clap Back Call” is awkward and disjointed. We see her stretch, move, tug, and awkwardly position her body. With each hour of practice, she gains confidence and finds her beat. And when Toni gets it, she smiles.

It is significant that the director conveys the narrative through the point of view of Toni as a young, Black, femme. It’s unsettling that I consider this sort of representational perspective revolutionary, at least within the context of my own media consumption, but this unique focus is also undeniably exciting. By centring on Toni, Holmer offers new possibilities for where we can find perspective, and resists the overwhelming homogeneity of perspective in so much mainstream media (i.e., “White People Films”). Much of the film’s nuanced symbolism lies in who/what/where Toni watches. Since the narrative progresses with limited dialogue, especially from Toni herself, we have to trust her gaze in order to follow the film. She observes everything around her, and her eyes direct our attention, creating a deep and visceral viewing experience.

For the majority of the film, Toni focuses her gaze on the movement of the Black girls in the dance crew who occupy a central position in the frame. Even the ambiguous fits, the fainting spells affecting the area, are entrenched in the individualized convulsions of those who experience them. Holmer’s focus on the development of Black femme knowledge and community is so beautiful it made me weep. The young actors that compose the crew convey a sense of unity and sisterhood, which is strengthened by the fact that the cast all comes from the same dance team. Holmer stated that this choice was meant to “emphasize the authentic sisterhood and collective memory making that young women experience when they bond on a team.” The stomps and claps of the dance crew reverberate alongside the guttural, dissonant clarinet that rings relentlessly, producing a visceral viewing experience. 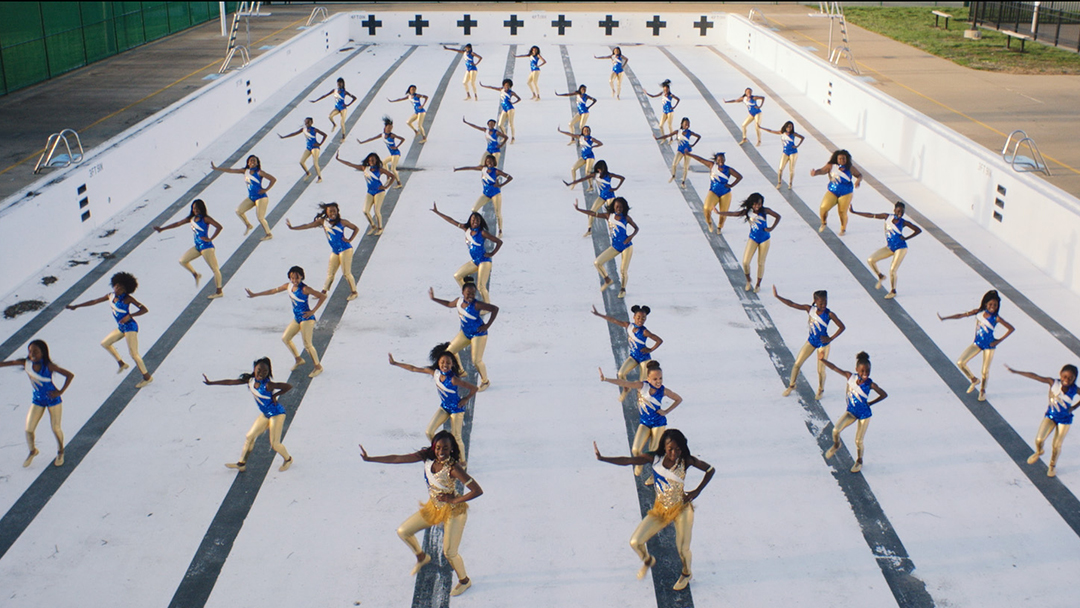 The dance crew is a community of Black femmes, who collaborate on the sequences that they teach to one another. This production of creative self-expression is tender and familial, and the connection they have with one another is kinaesthetic. In the change room, we see the dance crew touching each other, piercing ears, and fixing each other’s hair (the array of Black hair in this film is incredible). They learn from and interact alongside one another. There are ample shots of Black bodies dancing, jumping, and hugging each other, supporting the creative expressions and movement of Black femininity outside of any influence from men. The movement of this crew is continuous, especially the character Beezy (Alexis Neblett) who bounces in every shot she’s in. There is so much sibling-like love in the interactions between Beezy and Toni. We see it as they shriek and giggle with each other, running around their school with the lights off and only the slight glimmer of a phone flashlight to guide them.

Holmer’s depiction of Black joy among femmes is resistance to the violent ways that Black women are so often portrayed on screen. I think of how our representation is reduced to dead Black femmes, “sassy” Black femmes, hypersexualized Black femmes… But for a blissful 72 minutes, I got to forget these shitty stereotypes. Instead, I got to engage with a form of cultural production that creatively reflected my social position and experiences as a mixed Black femme that went through puberty, and it was amazing.

Julia Blakey loves her glow-in-the-dark vulva ring almost as much her cat, Lola. She’s really into eating mangoes right now. If you have any good memes to show her, you can tweet her @jul1aaaaaaaaaa.

The Fits will be playing at Ottawa’s Mayfair Theatre Friday, August 12th, for other screening information or to watch online, check here. 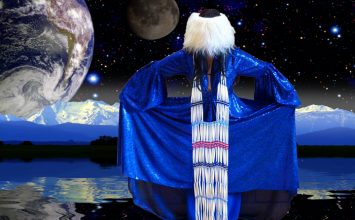 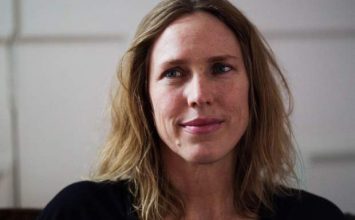