Artist Lora Mathis was the first to spell it out for me: radical softness can be used as a weapon. Their well-known piece, “Radical Softness as a Weapon” showed these words surrounded by pearls, diamond earrings, and knives. Though the piece began making the rounds on the internet a few years ago, the interest in softness has continued to circulate, and show up in sometimes unexpected places.

By softness I mean a general orientation to the world that foregrounds vulnerability, emotionality, and earnestness. This stands in contrast to hardness, an approach that often relies on irony and sarcasm to shore up the image of infallible impenetrability. Hardness wants to appear unattached and unaffected. Hardness wants to believe it can pull itself up by the bootstraps. Hardness wants us to see this as strength.

The preference for hardness that prevails in many circles betrays a hefty stake in the (neo)liberal myth of the autonomous, independent subject. But many argue that acknowledging our vulnerability foregrounds our actual interdependent human nature, rather than pretending we could live without each other.

The shift to softness is multi-pronged; it can be charted through pop music (from Katy Perry’s 2010-era party pop to Ariana Grande’s earnest “thank u” to her ex-boyfriends), graphic design (Pantone’s dubbing “rose quartz” and “serenity” the colours of the year in 2016), public campaigns about mental health (like Bell’s (in)famous “Let’s Talk”), and advertising (like Wonder Bread’s newest slogan, “The Power of Softness”). But it is in queer, feminist politics that softness seems to be rooted. Actually, because it stands in opposition to (neo)liberal norms of rationality and independence, softness is an inherently queer, feminist stance.

In recent years, there has been feminist backlash against the notion of being “chill,” what author and activist Virgie Tovar describes as “an environment where low expectations, low commitment, and zero accountability are considered normal and, in fact, laudable.” Writer Emma Pitman considers the attribute, “chill,” a paltry prize for a woman’s “perceived indifference, complicity, and disinterest in holding [men] accountable if they act like rogue douchebags.” Remembering that “‘chill’ actually sucks,” Pitman opts for the alternative: earnestness, the only way she sees to cut through “Ironic Sexism.” “Instead of valorising earnestness in the abstract, I’ll get literal and make the vulnerable, uncool admission that ironic sexism hurts me,” she writes, indeed shattering the image of impenetrability.

Feminist writer Jessica Valenti, too, seems to be tired of laughing it off. In her memoir Sex Object, Valenti claims, “The feminism that’s popular right now is largely grounded in using optimism and humour to undo the damage that sexism has wrought. […] But maybe we’re doing ourselves a disservice by working so hard to move past what sexism has done to us rather than observe it for a while.”

For these writers, being earnest means honouring pain—especially that instilled by sexism and patriarchy—and doing so is a way to construct protective boundaries that work better than irony and humour ever could. Irony offers no way to appeal to each other’s humanity; humour doesn’t ask someone to be accountable for their actions. Both are indirect, and at best simply offer commentary on the current situation rather than demand its interruption. In contrast, softness means admitting, “you hurt me,” but also, “I deserve better.”

Meanwhile, posts about tenderqueers and soft femmes have been circulating on Tumblr since at least 2012, indicating a queer pull towards the tender and soft, revealed by an inclination toward both feelings and floral prints. The tenderqueer hashtag leads to text posts about vulnerability, coping, and feelings, and selfies of queer and non-binary people, often those with pastel hair and/or dapper outfits. The soft femme hashtag yields more, and more varied, results, but hosts a robust sample of shimmery pink outfits, florals, and pastel makeup.

In particular, the soft femme tag led me to artists like Starchild Stela, whose art combines hyper-feminine imagery like baby animals, bows, and doll-like figures with statements like, “non-binary and bitter” or, “no pity for rapists.” Like Pitman’s suggested approach, Stela holds nothing back, their messages are direct and honest—but delivered in a pretty, feminized vehicle.

The aforementioned Mathis and Alok Vaid-Menon are other non-binary artists that are well known for embracing vulnerability. Vaid-Menon’s epic selfies are often captioned with candid descriptions of the transmisogyny they are targeted by, that they refuse to be erased or silenced by. Mathis’ illustrations and poetry frequently ruminate on themes of past trauma and mental illness. Neither tries to hide their emotional responses, but rather they strategically employ vulnerability to raise political awareness about the social structures that enable and perpetuate these painful experiences.

NOT GAY. NOT STRAIGHT. JUST, SOFT.Portrait by Zara Julius for Unlabelled Maghttp://www.unlabelledmagazine.com/single-post/2017/04/18/SOFT-A-Gender-Non-conforming-Photo-Series-by-Zara-Julius

Their Instagram accounts also showcase contemporary queer aesthetics that match those seen on Tumblr. It is not merely coincidental that pastel-hued hair became popular alongside the impulse to get real about our trauma and mental illness, to be honest about the emotional toll of the oppressive structures we live in, or to call ourselves “tender” and “soft.” Softness is both aesthetic and political, and aesthetics are never separate from politics. That softness often looks pink and flouncy, and feels vulnerable and emotional—in other words, that softness is feminized—is not merely coincidental either.

The association of vulnerability with femininity and womanhood is part of what makes it so uncomfortable to a patriarchal society. The turn to softness, then, is an affront to patriarchal rule. It is evidence that we are losing patience with the primacy of the individual, with the fiction of independence. We are collapsing under the pressure to be chill, to be detached—from both each other and our own humanity. We’re using what has been feminized to chase out these hollow masculinist principles that do not represent us or serve us.

Feminists and queers have always resisted problematic and oppressive mainstream norms—it is their raison d’être, after all. They have long been ready to supplant masculinist perspectives for feminist and femme ones, to reconsider kinship and insist that how we relate to each other matters, indeed, to admit that “the personal is political.” Femme politics in particular are about reclaiming and revaluing what has been discarded and dismissed for being feminine. The turn to softness extends this political impulse by reclaiming and revaluing that which is still seen as too mushy and too much: emotions, interdependence, and caring—about anything.

The number of likes and followers steadily accumulating around “abrasively feminine” and “aggressively vulnerable” content suggests the currency of such an approach. Maybe someone else’s crying selfie makes you feel less weird about crying; maybe someone else’s description of their mental illness symptoms helps you seek therapy for your own; maybe someone else’s account of harassment pushes you to engage with others more thoughtfully; maybe sharing these posts among friends helps us start important conversations, helps us learn to care and advocate for each other better, helps us realize that we’re not alone—and, importantly, that if we’re not alone, then maybe it’s not us, maybe it’s the system.

This is the critical aspect that gets skipped over in the rush to capitalize on the cultural turn to softness. Softness is not “showing up” as a temporary, band-aid solution for superficial pain, it is showing up, hoping to transform others and the entire socio-political terrain with our radical honesty and vulnerability. In its queer and feminist context, softness is the place from which we can build better political principles, the place from which we can build a better world.

The turn to softness has ushered in new political sensibilities. We’re no longer interested in pretending we can live without each other, or pretending we don’t feel pain. Softness’ possibilities—like queer femme healer Dacia Holliday’s promise that “we get to heal this lifetime”—are appealing, so appealing that even the mainstream wants to explore them. In short, the feminists and queers are winning the culture wars, if not the political ones (at least, not yet), with superstars like Ariana Grande and corporations like Wonder Bread the often unlikely ambassadors.

Andi Schwartz is femme, freelancer, and graduate student at York University. Her writing has appeared in Broken Pencil, Herizons, Daily Xtra, and Shameless. She lives in Toronto with her fur babies, Franny and Zooey. 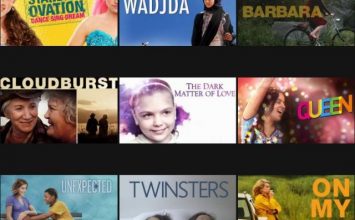 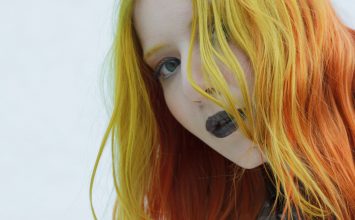 An Interview with Austra