Good morning, GUTS coven. This week I cleaned up a lot of garbage because my dog has learned how to open the cabinet under the sink (where we keep the garbage) and I want to murder him but I’m trying really hard to approach this issue from an ethics of “the dog has an addiction, I need to support him rather than shame him,” you know? But like, it is super hard to come home from placating institutionally powerful tone-policing racist transphobes and just want to take a bath in kaffir lime leaves/lavendar oil/argan oil and instead have to clean up garbage and pee (he gets so scared while eating the garbage that he pees himself). I know that the conditions of his material reality are what ultimately drive his garbage addiction and that I cannot pathologize his incontinence or his predilection for the can but im yirtse Hashem this phase will end soon of its own accord because I am truly being tested and I am weak.

Every time a fragile misogynist threatens the discourses and people who help me survive, my skin becomes more luminescent, my nails grow faster, and my tongue sharpens. A hearty “lol fuck you” to whoever did this to U of T. To the student who spoke to CBC’s Linda Ward: come find GUTS at CUPE 3902’s women’s caucus demonstration against gendered violence; we’re here for you to swell and grow fierce, not shrink, in the face of this unacceptable garbage. If you’re not in Toronto on September 14, you can wear purple in solidarity. Also,

Prioritize the voices of female-identified participants at the rally. Make sure the womyn around you are able to speak and be heard without being interrupted, cut-off or heckled. Understand that racialized, queer, and trans womyn’s experiences are unique and embrace these perspectives at the action.

“Stuttering can close you off from other people, but it can also open you up.” Emma Alpern on intimacy and dysfluent pride.

“Prime Minister Stephen Harper’s economic record since taking office in 2006  is at the centre of debate in the current federal election campaign. Arguably his signature achievement is to have radically reduced the fiscal capacity of the federal government, and with it, the broader role of government in advancing the economic and social welfare of Canadians.” See a breakdown of the government’s fiscal capacity under Harper here.

Colour me not surprised: vanilla’s association with whiteness has some colonial garbage in its past. Another colour me not surprised: John Lennon was a serial abuser and justified his shitty treatment of women and children by disclosing his mental health issues. Imagine: a world where we understood the difference between “understandable” and “acceptable.”

How do you refer to those who seek refuge internationally? “[M]ore than “refugee” or “migrant,” I say “people,” and say it with compassion because everyone I love, and everyone they love has at some point said tearful goodbyes and moved from place to place to seek new opportunities.” See here for No One Is Illegal’s breakdown of Canada’s discriminatory immigration and refugee policy (and its drastic evolution under our DARLING current government) and check out Harsha Walia’s article on the same topic. Given that, unless you’re Indigenous, you too are an immigrant or refugee, also take a moment to visit these five short articles on settler solidarity with Indigenous struggles and decolonization.

Are you going to be in Toronto on September 21? Go to the Ontario Coalition Against Poverty’s rally to defend shelter space. OCAP is demanding that no shelters be closed and the George Street redevelopment be put on hold until the City of Toronto has replacement locations lined up in the same area of the City. Also, fuck gentrification.

Our friends at CWILA released a links roundup! Go read it.

Magnificent colleagues at APIRG referred me to this handout, which led me to have a daydream where I was interviewing for a role and when my potential supervisors asked me at the end of the session if I had any questions for them, I said “yes: what are you doing to dismantle white supremacy at your organization?” CAN YOU IMAGINE

Calgary flew the trans pride flag outside city hall this past Saturday, and I am GLAD.

I have been putting pantyliners in the armpits of my tops for months at least and I am thrilled to see this life hack get the recognition it so bloomily deserves.

“I fight for you in your capacity as a complex, fully formed human being with the right to autonomy over your body, even if that body gets fat.” May the skies smile upon Lindy West for time eternal in thanks for this response to that shitty comedian.

TODAY’S TEENS INSTIL IN ME SO MUCH LUST FOR BOTH THE PRESENT AND THE FUTURE.

A shoutout to the the dude at the U of A pharmacy for a job well done and an open call for anyone who experiences discharge to share their stories with me because bb and dear bb respectively are both safe spaces for your discharge: 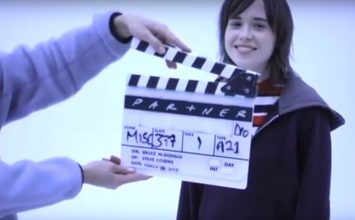