I’m lying on a thin mat on the floor, naked except for my underwear, a thin white sheet spread across my body. I’ve been receiving free sessions with a shiatsu massage therapist in exchange for acting as her test body. This offer came after I told her about the ongoing and seemingly disconnected health problems I’d been dealing with for many months—colds, flus, infections, chronic fatigue, anxiety—and my inability to pay for alternative forms of care. She thinks that my physical symptoms are the result of emotional stress caused by the twenty years that I’ve acted as a caregiver to my disabled father.

When she asks me “How’s life?” I begin going down the list: I wish I had more time to write my dissertation—but otherwise school’s good; I’m starting to date again and that feels really nice; I continue to love living alone more than I ever thought I could; friendships are solid and life-sustaining. I think I’m done.

And then she asks: “What about your family? How are things with your dad?” I struggle to answer this question and realize how I’ve unconsciously bracketed my family life, relegating it to a parenthetical aside in the larger narrative of my life. After this session, I have dinner with a friend and as I list all of the things I do to support my dad—laundry, grocery shopping, paying bills, accompanying him on outings—my friend expresses shock: “I had no idea you had to do all of those things.” We’ve been close friends for almost a decade.

My inability to talk about my dad’s disability isn’t that surprising given that my family doesn’t talk about it either. We never talked about the emotional, mental, and physical strain that his disability placed on us all, as my brother and I began to feed, bathe, and dress my dad each day.

If I can’t talk about my dad’s disability, then I definitely can’t talk about our decline from middle class life into poverty—the former being a catalyst for the latter. I often wonder: what would it mean for us to discuss the psychic impact of being evicted from our home, of moving into low-income housing, or the holes in my dad’s shoes?

I realize that even with my closest friends, I don’t talk about my relationship with my dad or all of the labour and care I perform for him and have performed for him in the past. These acts of care are both quotidian and unacknowledged. My dad’s disability is my own personal open secret— an open secret that I’m only now beginning to talk about.

When I was twelve years old, less than a year after my mother died, my dad began to experience symptoms that were later diagnosed as a rare form of Lou Gehrig’s disease. Also known as Amyotrophic lateral sclerosis, ALS is a motor neuron disease. What happens is that your brain stops sending signals to different parts of your body that it’s time to move. Eventually, due to lack of movement, the muscle tissue deteriorates and that part of your body stops functioning permanently.

For my dad, it began in his arms. He had a harder time picking up objects. He began to drop things more and more. This was the first sign that something was wrong.

ALS usually starts in the arms or legs, what doctors call “limb onset.” Once those two parts of your body have atrophied, the disease moves inwards to your diaphragm, making it hard to expand the lungs fully with each breath; it impacts your ability to swallow, eat, and eventually your eyes will no longer be able to move. You will lie prostrate with no ability to move, speak, or communicate. There is no known cure for ALS. You get it, and within two to four years you die.

Only ten percent of cases live longer than ten years. My dad is one of those cases: he’s had the disease for over twenty years now. His life is a form of slow death.

When I say “slow death,” I’m thinking of Lauren Berlant’s book Cruel Optimism. For Berlant, slow death is the “destruction of life, bodies, imaginaries, and environments by and under contemporary regimes of capital.” It is no mere coincidence that those who experience slow deaths are poor and working-class, for they are capitalism’s victims and its sustaining force.

While capitalism can and does produce a slow death, Berlant also suggests that thinking about slow death can lead us to question the very terms under which capitalism defines what it means to have a life. Making space for slow death, accepting that it is part and parcel to living under late capitalism, can enable us to understand how health – or lack thereof – is a capitalist construct.

So when I say that my father’s illness is a slow death, I want you to recognize that his illness, while not being directly caused by capitalism, cannot be detached from it either.

It took about seven years before my dad lost complete use of his arms, and another three before his legs weakened. He kept falling, and without his arms to break his fall, he suffered many concussions, until my brother begged him to start using a wheelchair. Things stayed relatively stable until two years ago when my father ended up in the hospital with pneumonia.

What we hadn’t realized until then was that the disease had moved inward. His diaphragm had weakened, making it difficult for his lungs to fully expand. Bacteria found a home in the crevices, later transforming into aspiration pneumonia. And this pneumonia led to a panicked call from my brother telling me that our father was being rushed to the hospital because “he can’t breathe…his face has turned blue.”

I got on the next train from Toronto to the suburbs where my dad and brother still lived. When I arrived at the hospital, my father was sedated, tubes running into his mouth and nose. I watched as my dad’s eyelids fluttered, and wondered if his eyes would ever open again. The following day they did.

After months of recovering in the hospital, my father was moved to a continuing-care hospital where he could receive the round-the-clock support that he needed. And while this has eased the burden of care, it has done little to change our family dynamic: my father is, for all intents and purposes, the child, and my brother and I continue to act as defacto parents. We don’t talk about the impact this dynamic has on my brother or I. To do so would mean that my dad would have to admit that he hasn’t been able to function as a parent “should.” And there’s too much shame wrapped up in such an admission.

I understand the ways that our world promotes an image of the self rooted in the ability to produce; I see how this shame that my father feels—but never talks about—is inextricably linked to the reality that as someone who is disabled, he cannot be the kind of producer that capitalism desires.

I can’t help but think of Anne Elizabeth Moore’s words when she writes that “the productive drive is, at this moment, capitalism’s most overbearing quality…Stalled producing under this values system is an indication of weakness, but failure to produce appears to be read as something far worse.”

Shame. If you’ve ever lived in poverty, you know this feeling well. Shame is the feeling that structures the affective life of the poor, where feelings of not being good enough are woven into the everyday fabric of one’s precarious existence.

I felt shame whenever I saw my friends’ parents take them shopping; their parents could pull out credit cards and fill bags with clothes without having to think about it. I felt shame when a pipe burst in my childhood home; we couldn’t afford to fix it and so my boyfriend would help us squeegee the water out of the carpet. I felt shame when my brother recently reminded me that we didn’t have heat in our home one winter; shame for having repressed this memory while he lived with it. And I feel shame as I write this.

But I also know that the only way for me to move through the shame is to name it, write about it, and share it. In an interview with Tin House Magazine, Leslie Jamison describes shame as “not just something negative but some kind of arrow, it’s pointing at something.” For Jamison, such a realization felt liberating because it turned shame into “something to follow, like a path—rather than simply something to be paralyzed by, or try to dissolve, or become second-level meta-shamed by.”

Following the path of my own shame, I realized that this shame isn’t actually mine—it’s externally imposed by a capitalist world that views vulnerability as a weakness and poverty and disability as signs of your lack of humanity. The more I think and talk and write about shame, I recognize my desire to re-imagine what makes a life. If we can move away from ability-based determinations of a human’s legitimacy, then perhaps we can begin to imagine a way of existing in the world in which value, productivity, and dignity become untethered. A world without slow death. Within this world, we could name our poverty and its relationship to disability without shame.

Margeaux Feldman is a PhD Candidate in English Literature and Sexual Diversity Studies at the University of Toronto. Margeaux’s academic and creative work has been published in The Puritan Magazine, Psychoanalysis, Culture and Society, and Hook & Eye. She is the founding editor of the blog floralmanifesto.com, which explores the intersections between feminism, fashion, and feelings. You can follow her on instagram at @floral.manifesto. 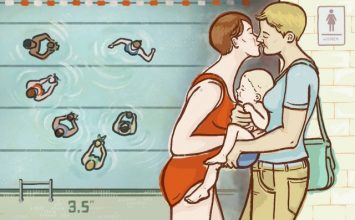 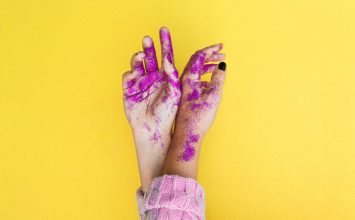 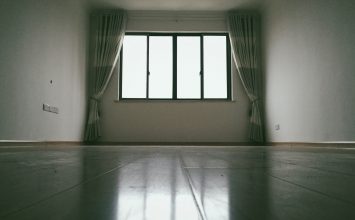