On microaggressions and the myth of multiculturalism

“So do you guys make kabobs all the time?”

I’m staring blankly at my co-worker. My facial expression can be summarized by “what.” His kabob question comes after I tell him that I’m Persian—I decide not to tell him about the complexities of my Indo-Persian identity, which is a good call, clearly.

In the spirit of workplace civility and politeness, I respond with “haha, yeah.” When in reality, I mean to say “haha, jackass.”

It felt weird to hear my cultural identity being reduced to some kind of hyper kabob-making system at home. But then again, it’s not the first time my culture has been reduced to its lowest, most simplistic form.

This is the crux of Orientalism. Take a foreign culture, and reduce it; reduce it to mystery, to strangeness, to “backwardness,” to a primitive state that fits neatly into a Western stereotype. Reduce it so it looks smaller and childlike in the presence of a dominant adult culture, one that is, supposedly, mature and complex and well-formed.

I have felt that reduction. I have felt it in words, but also in stares. I felt it when we used to go to berry picking, and we were one of the only brown families there. I felt the eyes of disapproval that we would occupy a space that was seemingly not ours, as clearly and tangibly as the squishy over-ripe strawberry leaving its sugary blood on my fingertips.

I felt it when I was put in English as a second language (ESL) classes as a child, despite knowing English. My mother told me she had asked them why I was being put in ESL courses. After all, my parents spoke perfect English, albeit with slight accents, and as soon we moved to Canada, they transitioned into speaking only English with me. But the teacher insisted that I needed it—most likely because I had an Indian accent. So I sat in a classroom with children who knew no English at all. At least it made me the star pupil of ESL.

But these are not past wounds, they are current wounds pushed to a point of infection. And they’re not simply on my body, but on the collective body of my community. When my family or friends experience racism, it shakes my bones too.

I felt it this summer. Sitting through readings of fiction and non-fiction alike at the University of Toronto, I get a call from my cousin Sukhi. I hung up right away and sent her a text message:

Sukhi replies: “Hey Hana—call me when you can pls.”

I can feel that something isn’t OK. So I decide to excuse myself and give Sukhi a call. When she answers, her voice is shaking. As I hear the reverberations in her tone, I can picture an unsteady hand, firmly grasping a cellphone.

Sukhi starts to tell me about a road rage incident that just happened to her outside a Dollarama near her house. At first, it sounds like your average traffic drama story. Some lady thought that Sukhi cut her off in the parking lot, so Sukhi apologized from her car and backed off.

Here’s where everything changes: the lady, who has a teenage daughter in the car, circles around and begins yelling at Sukhi, hurling swear words and insults. I tell Sukhi that I’m glad it was only her youngest son with her, a seven-month-old baby who was gleefully unaware of the situation. What Sukhi mentions next sinks inside me slowly, like biting off a huge piece of a sandwich and feeling the obtrusive lump descend. The lady yells at Sukhi: “You fucking foreigner.”

Three words have my cousin shaking. And it has me shaking too. Sukhi retaliates with, “Born and raised in Canada, bitch!” now unable to control her anger. But in my head all I can think is even if you were third or fourth generation Canadian, your skin is brown in a white country and that’s what bothers this lady.

As the woman continues screaming, Sukhi asks, genuinely, “Are you OK?” The woman pays no attention to Sukhi’s kindness in this situation. Once my cousin finally gets inside Dollarama to do her shopping, she calls her husband in line to recount the situation. The woman’s teenage daughter is behind Sukhi, telling Sukhi to shut up and stop talking about her mother. “Don’t talk about my mother. You were wrong. I saw the whole thing.” She badgers my cousin the whole time. Her daughter is part of my generation, and I can tell she has clearly absorbed her mother’s sentiments. It worries me.

“I wanted to tell you, because I thought you might be able to write about it,” Sukhi says over the phone.

Part of me feels like I have to, like it is my responsibility. Her experience and my own are creating a wall inside in me, a mental and societal block that is removing me from my happiness and forcing me to confront a reality that we are not a multicultural melting pot of cultures and experiences and traditions.

Instead, I feel like we are a piece of plastic Tupperware with dividers, where some spaces are bigger than others. I feel my community and other marginalized communities are the discarded snacks squished into the smaller parts of this Tupperware lunch; crammed into a small space with a societal divider that says: “stay there, stay where you are.”

As I hear those three words again that were hurled at Sukhi, I think of the words hurled at me. “Go back to where you came from.” That one is frequently on my social media and in the comments sections of my articles. Apparently, critiquing the country I live in is reason for me to just fling myself back to birthplace. After nineteen years of living in this country, my dad got the “go back to where you came from,” as well. I was surprised at first, seeing as my dad is very light-skinned and sometimes even passes for white. But the man who yelled it at him at a gas station—once again, over some sort of road dispute—must have heard his Indian accent and his racist alarm went off like a siren in his brain blaring: “ALERT, FOREIGNER APPROACHING.”

I’ve also been called a “terrorist” online. Is it bad that I can’t help but laugh? One person even called me a “non-born Canadian.” I assumed they were telling me I was an immigrant, rather than some kind of floating non-human spiritual entity that, apparently, hasn’t born yet. I kind of wish it were the latter.

People wonder what these little comments really do. They are small, they come fast, and they seemingly fade away. But I insist to those who characterize them as nothing but quick moments and misplaced words: they do not fade away, but like phosphenes, these words linger in our psyche as strange bright dots that remind us that we are not always welcome.

Hana Shafi is a National Magazine Award nominated journalist, and artist working in Toronto. She spends her spare time ranting online, doodling, and re-watching Lord of The Rings. 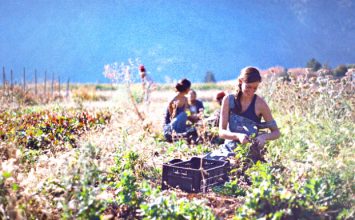 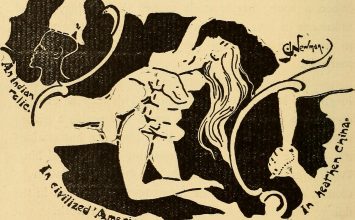 RULES OF THE BABY SHOWER