During my first eviction scare, I dreamed of infesting the house with mushrooms; squashing the spores into air vents and floor cracks. What better retribution than to damage the asset I lived in with an untraceable slow-growth time bomb?

The apartment was 394 square feet and I didn’t own an inch of it. When it went on the market, the real estate advertisements proliferated. Two, sometimes three, a day in my mailbox, completely missing their target. The owner already had an agent and was mid-sale. And I, too poor to buy myself out of eviction, couldn’t even afford to replicate their perfect teeth.

We talk about renting in Canada as if it’s a transient state, in the same way that we pretend minimum wage earners are teenagers making pocket money; if you succeed, you’ll work your way out of it and into better living conditions. But according to the Canadian Rental Housing Index, over 4 million people in Canada are renters and 40% of us are spending more than 30% of our income on shelter. Between housing prices, rising interest rates, and changes to the mortgage rules, ownership is out of reach for many.

Housing instability decimates me. Every inch of security I have, my ability to work and earn a living, to get enough sleep, is predicated on knowing that the same safe bed will be there every night. When moving, you have to line the dominos up just right to avoid disaster, have the liquidity to rent a truck and pay last month’s deposit, have time to sort through stacks of unopened bank statements. Overshoot and you pay rent in two places, swallowing the cost of more than you need just to have enough. Undershoot and you’re sleeping on friends’ couches, trying to fill the gap between safely locking doors.

For renters, vacancy rates in Toronto are at a 16-year low. According to a report by the City’s Tenant Issues Committee, the average publicly available rental listings cost $589 more than the average for all units in the city. Moving almost always means paying more. For renters who face discrimination, aren’t a landlord’s ‘ideal tenant’, or are on fixed incomes, the competition is nearly unwinnable.

My latest scare came with realtors and legal threats. After a week out of town, politely letting strangers open my cupboards and measure my closet, I came home to an eviction notice served on the 31st of the month, just in time to give me two months warning. The notice said “for purchaser’s own use”, meaning the new owners wanted to move in. But when I called the real estate company, they said there was only a conditional offer that hadn’t closed and they were still booking showings next week. Conditional seemed to mean conditional on me leaving.

The kind housing paralegal I called for help told me this was common. Landlords deliver N12 eviction notices indicating they or the new owners want to move in. If they’re lucky, the tenant takes the notice at face value. If the tenant resists, the landlord might pressure them to sign an N11 and agree to move out anyways, taking the opportunity to raise the rent or do renovations. Data from Social Justice Tribunals Ontario shows that eviction for personal use has almost doubled in the past five years, but this only captures evictions taken to the Landlord Tenant Board. Those that go uncontested aren’t tracked.

Instead of comparing mortgage rates, my friends are comparing tactics. One waited out the sale and lucked out with a new landlord who wanted an investment property and let her stay. Another tried to contest his landlord’s claim that his family would move into all six units in the building. Two of my coworkers have been evicted this year and in another city my old neighbours report that the landlord is inventing emergency repairs that require them to leave. We’re all a little on edge, even if we have a year-long lease.

I’ve moved a lot as an adult. Annually in undergrad, two domestic break-ups, two cross-country moves, and several interurban ones. Moving often keeps me from painting, from putting up shelves, or finding a neighbourhood brunch place. I used to refuse to own anything extra; afraid I couldn’t afford cross-country shipping or a moving truck. The risk of not being able to carry everything I need outweighed the time saved by a food processor.

At the low point in our negotiations, my landlord asked me to move everything but my bed into storage for two weeks of showings. I was bargaining for him to follow the law and pay me the month’s rent in compensation required under the Residential Tenancies Act. He didn’t want appliances on my counters or toiletries in the bathroom; nothing that made it look lived in. The best way to make a small apartment look spacious is to take out everything, even the tenant.

I rent in Regent Park, in a $1 billion ‘revitalization’ project just east of downtown Toronto, where 7,500 community housing units are being torn down and slowly replaced between new condo towers that will bring additional 10,000 people into the neighbourhood. I moved to Toronto for work, and it was the only apartment I could find in my rush that wasn’t a basement full of mouldy allergens, a bedroom the size of a queen mattress in a shared house, or an hour commute. My easy bike ride and lake view come at the expense of thousands of low-income families who were forced to move to community housing buildings in other neighbourhoods. Everyone who was displaced is guaranteed right of return to the neighbourhood, but the project isn’t scheduled to complete until 2025. For many families, the construction means years of temporarily reorienting their lives across town: finding new schools, places of worship, and transit routes.

In my eviction panic, I signed up for information from one of the local development companies and now I get regular text messages urging me to pay for early access to bid for new units in buildings that are still a hole the size of a three-story parking garage. A surefire investment! Walking distance to the university! Rent for $2000 and up to students and young professionals! The development companies promise “park life”, easy access to downtown, and use of the Aquatic Centre and other free community services. From my balcony, I can see at least four cranes spinning in the wind, and a cluster of brick community housing two-stories destined to be eaten up.

I tell myself that if I was more successful under capitalism I would own my own home and wouldn’t be in this mess. If I was smarter, I would have researched Toronto housing thoroughly and known that investment condos are frequently flipped and sold out from under their tenants. If you want housing stability, you need to find the rare purpose-built rental buildings, preferably pre-1991 with decades of rent controls in place, or you need be one of the 37% of Canadian owners who had parental help buying their home.

When the eviction finally came, I infested the house with ghosts and trained them to breathe in time with their new owner’s footfalls. I left fingerprints on the sliding doors, left my boxes unlabelled, packed myself into instability again. I dreamt of past housing scares: of sleeping in the bus station with my suitcase hooked to my ankle, watching my veggies rot because my landlord took a week to replace the fridge, the upstairs neighbour who showered without a curtain until my ceiling rained, the bad date who insisted he had a right to move in next door.

The place stayed empty for a while after, the new owners hunting tenants willing to pay $300 more for the same thing. The photos in the ad looked unhaunted by occupants or objects, wide shots of professionally-cleaned counters and floors untouched by human feet. In my new apartment, I’m settling in, praying my landlord’s investment provides a stable return for the next year.

Nisa Malli is a writer and researcher, born in Winnipeg and currently living in Toronto. Her poems and essays have been published in Arc Poetry, Carte Blanche, Cosmonauts Avenue, Grain, Maisonneuve, Policy Options, and elsewhere. She holds a BFA in Writing from the University of Victoria and has held residencies at the Banff Centre and Artscape Gibraltar Point. You can find her online at www.nisamalli.com 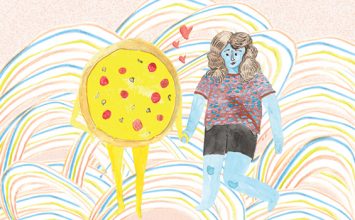 EAT YOUR HEART IN 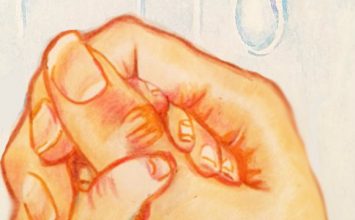 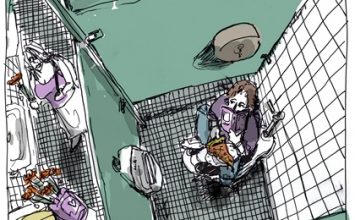