A reminder that today is the 10th Annual Strawberry Ceremony and 26th Annual Women’s Memorial March—ceremonies for honouring missing and murdered Indigenous women, trans and two-spirit people, and community demonstrations against ongoing state-colonial violence against Indigenous people. The Strawberry Ceremony, which takes place in Toronto, will be held outside of Police Headquarters on College—here’s more information.

Some romance for you: Eileen Myles on The Excruciating Pain of Waiting for Love.

Recommend you check out Frankie Noone’s latest graphic essay about the history of Mardi Gras—Mischief in the City.

El Jones pulls together a constellation of critical thoughts on racism in the academy and the short-comings of the justice system.

In the last couple of weeks my news feed has been filled with commentary about the Jian Ghomeshi case. … And part of me wants to ask, did this country just notice the justice system is broken now? When the numbers of African-Canadian women incarcerated are rapidly increasing, and Black incarceration has increased by 80 percent since 2003/4, and 23 per cent of the prison system is Indigenous people, did people just think we always did it?

Look at all these Berniebros! Buzzfeed has pulled together a list of women community leaders who support Bernie Sanders.

A nurse apologizes for fatphobia among healthcare professionals: “We, as a group, are deeply uninformed, thoroughly incompetent, and essentially body phobic assholes. Its not you, it is so totally us.”

So much has been said and written about Beyoncé’s Formation—to sift through the chatter, we recommend you check out this roundup of articles (“6 Beyoncé Pieces By Women of Color that You Should Read Right Now”) curated by KQED Arts. But if you only have time for one Formation related article, you might want to select Radical Faggot’s “My (Apparently) Obligatory Response to Formation: In List Form”—on the other hand, if you want to go on loving the video, maybe stay away.

Three months ago film producer Ross Putman began compiling female character intros from scripts in his possession, and this past Tuesday he revealed a selection of them on Twitter. Holy shit are they funny and remarkable in their unoriginality. Women in these scripts are always described as ‘sexy’, ‘leggy’, ‘hot’, or ‘gorgeous’, and to prove just how interchangeable these characters are in Hollywood scripts, Putman replaced all of their names with ‘Jane’. Here’s a few of the tweets:

JANE pours her gorgeous figure into a tight dress, slips into her stiletto-heeled fuck-me shoes, and checks herself in the dresser mirror.

His wife JANE is making dinner and watching CNN on a small TV. She was model pretty once, but living an actual life has taken its toll.

JANE, 28, athletic but sexy. A natural beauty. Most days she wears jeans, and she makes them look good. — Ross Putman (@femscriptintros) February 10, 2016

A collection of joyful and vibrant photos capturing female British subculture in the 1980s.

There’s so much to say about the Ghomeshi trial, from the media’s discriminatory assumptions about the witnesses to the legal system’s obvious failings when it comes to sexual violence. A good (and important) place to start your reading is Stacey May Fowle’s heartbreaking essay “When Your Friend Is on Stand at the Ghomeshi Trial.” Another helpful piece is the op-ed “No Right to a Discriminatory Defense.”

And lastly, we encourage you to read Erin Wunker’s “The Space We Take Up,” a beautifully written meditation on the processes of allyship, parenting, and teaching as a settler in Canada. 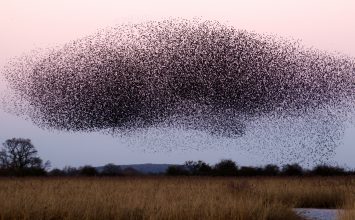 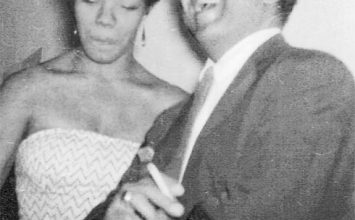 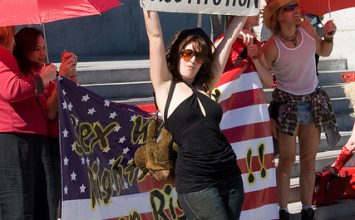