Marielle Franco, a Brazilian politician and advocate for women and the poor, was shot and killed this Wednesday: “’She died because she was a combative black woman,’ said Lua Nascimento, an Afro-Brazilian college classmate of Franco’s… ‘She was executed because she was a black favela dweller who fought against the murder of black favela dwellers. The genocide of the black population continues in this country.'”

Gregory Scofield, Métis poet and professor, is collecting Métis cultural artifacts as an act of resistance, repatriation and reconciliation.

Artist Joi Arcand has created an installation of signage in Cree at the Winnipeg Art Gallery. “What would happen if that was what everybody saw and interacted with on a daily basis?”, she asks.

Métis author Cherie Dimaline on her dystopian novel, The Marrow Thieves: “There were two things that I wanted to play up by putting it in the future: I wanted Indigenous youth to see themselves in the future, I wanted to put aside, even just for a moment, that sense of defensiveness or the tendency to shutdown that can come with talking about a difficult history. I wanted people to come away saying, ‘I would never let that happen,’ or more correctly, ‘I would never let that happen again.'”

Here is a letter from Two-Spirit Queer Indigenous poet Joshua Whitehead on withdrawing from the Lambda Literary Award Nominations.

“In recent years, the multiracial person, who breaks the rules of the caste system, has become the subject of liberal, cross-racial desire, vaunted as diviners of social progress, or of apocalypse.” Doreen St. Félix on National Geographic‘s latest cover.

Teachers on strike in West Virginia recently won all five of their demands.

The demands youth made during today’s walkouts in Chicago

25 Songs That Tell Us Where Music is Going.

Sarah Nicole Prickett on the Myth of the Wonder Woman.

This may look familiar: the trajectory of the “problem” woman of colour in nonprofit organizations.

“It was a big moment of coming to terms with fallen idols and ideas of yourself that are no longer possible, and it was painful in a lot of ways. When I first started to consciously ask a question “Am I trans?” that affected my work, my ideas for the future — it affected a lot.” Daniel Mallory Ortberg on his gender transition.

“Even if you take a seemingly neutral power dynamic of say, two graduate students at Harvard, in which there’s a Korean-American woman and a white man, the history of American military empire allowed the two of them to meet, because so much of the Korean diaspora in the U.S. came here through military sex workers who married American servicemen. Yet most people don’t see that in the interracial relationship, especially if both parties have some form of privilege or power. In general, we’ve been conditioned to not see those historical traces”, Grace M. Cho writes in “Yellow Fever“.

Stephen Hawking passed away this week at the age of 76. This article questions the ableist discourse of him now being “free” from his disability. 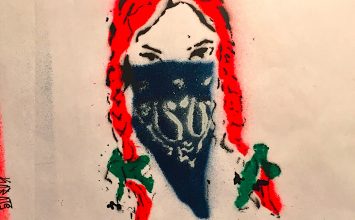 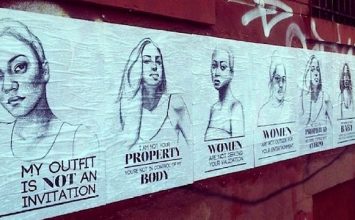