Did you buy Ontario peaches this summer? Maybe you were driving down the highway and bought them at a farmstand. Maybe you bought them at Superstore, under a banner that said LOCAL, with a nice image of a white farm family standing in front of a tractor, holding a bushel of fruit.

Maybe you felt like at $5.99 a dozen they cost too much, or maybe you felt annoyed at having to pick through many boxes to find some without blemishes or bruises. Maybe they were delicious and you savoured them at the beach with your friends, licking the sticky juice from your fingers. Whatever your experience was, the chances are very good that the peaches were picked and processed by people who have flown halfway around the world—and likely paid thousands of dollars to a recruiter—to come work long hours in challenging conditions for minimum wage in Canada. Women are typically the ones hired to process peaches and other tender fruit, because they’re believed to have a “more delicate touch.”

Filmmaker Min Sook Lee says that “we like to enjoy an image of Canada that is very unsubstantiated by reality.” Lee is the director of Migrant Dreams, a 2016 documentary that follows migrant farm workers in Southern Ontario while they live, get married, organize, stand up for their rights and safety, and face the consequences. Lee’s film focusses primarily on a group of Indonesian women working in Leamington, Ontario, and their small acts of resistance to the system that isolates, disenfranchises, and often harms them.

In one scene in the film, a greenhouse worker details the health consequences of having to spray pesticides on cucumbers without any protection. When he asks his boss for a face mask to wear while spraying, he is fired and sent back to Jamaica. While refusing unsafe work is a right for Canadian workers, the workers who grow, harvest, and process much of our food are in a separate category: they have been brought here under federal government programs, and then abandoned to the whims of their employer, without any protection or safeguards. By omission or by intention, many Canadians are simply unaware of the realities of migrant worker life in Canada. As Lee said in our phone interview, “human rights abuses are not synonymous with our self-image as Canadians, and that’s because we propagate a collective amnesia around what Canada is truly like.”

Most food grown in Canada is planted, harvested, and processed by migrant workers who are in the country under either the Seasonal Agricultural Worker Program or the Temporary Foreign Worker Program. Both programs permit and perpetuate many particular injustices, which are well worth researching and discussing, but for the sake of brevity, I’ll use broad strokes. While immigration to Canada has been made increasingly difficult for racialized people without high levels of education or economic status, both the SAWP and TFWP have grown substantially in recent years. There are people who have been coming to Canada to work every year for many years—leaving their families at home for months at a time, and contributing crucially to the economic and social well-being of the country—but completely barred from any pathway towards Canadian citizenship.

Migrant Dreams demonstrates the human toll of our government’s programs, but also the joys and smaller moments of migrant lives in Canada. We see one worker, Nanik video chatting with her children in Indonesia, and we also get to witness the marriage of Dwipa and Rahmi, who met in the processing facilities. Their wedding is sweet and intimate, but not without its own dangers—Dwipa, a trans man, is Hindu, while Rahmi, his partner, is Muslim, and neither of their families would approve of the match. Dwipa’s family is alerted to the marriage, however, by the shadowy figure who lurks throughout the film—and the lives of the couple—the Recruiter. 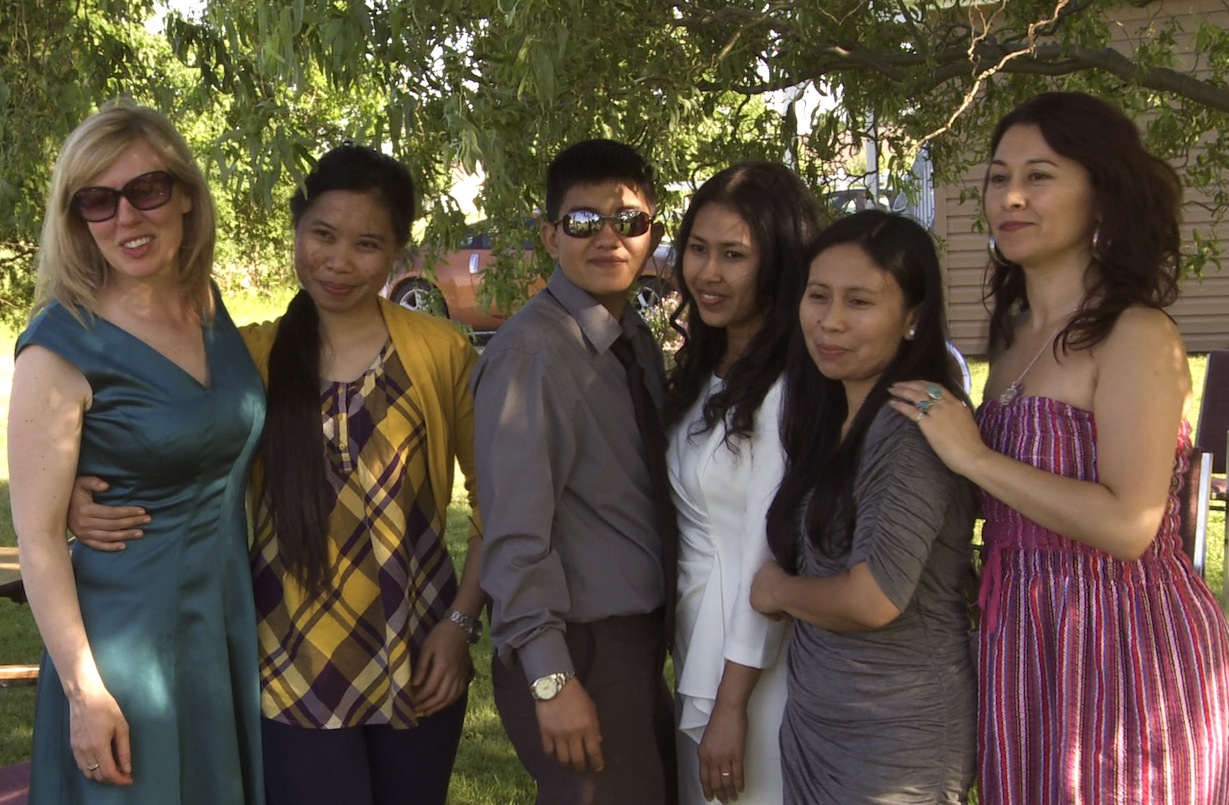 In most cases, workers who have come to Canada under the TFWP have paid between $7,000 and $14,000 to a recruiter to be chosen for these positions—challenging and physically strenuous work that pays minimum wage. The Recruiter who is often referred to throughout this film is a Canadian citizen, a relative of Dwipa’s, with connections in Indonesia. Farmer-employers frequently use recruiters to find workers overseas that meet their needs, but these recruiters often end up functioning as a second boss, translator, and enforcement agent to whom the workers are thousands of dollars in debt.

Legally, under the SAWP and the TFWP, employers must pay for airfare and visa processing for the workers they bring in. In practice, however, recruiters are also able to charge workers huge additional fees for the privilege of being selected to come work in Canada—and because workers live in employee housing on farms, they are susceptible to intimidation if they’re unable to pay. The language barrier, the disposability of the workers, their isolation and the lack of protection and information on the part of the Canadian government, place these workers in a hugely vulnerable situation when they come to work in Canada.

Although the SAWP and TFWP are federal government programs, there are almost no governmental resources available to enforce regulations, or to support the thousands of migrant workers who we bring here every year. In the absence of governmental support, an organization called Justicia for Migrant Workers has been working for the past fifteen years in Southern Ontario to help support and organize migrant farm workers. Currently, the organization is completing a month-long caravan from Leamington to Ottawa to mark the 50th anniversary of the Seasonal Agricultural Worker Program, and to ask Trudeau’s government to grant migrant workers permanent residency status upon their arrival in Canada.

Evelyn Encalada spoke to me, in the rain, from beside a greenhouse in Leamington, Ontario. Encalada is a cofounder of Justicia for Migrant Workers, an organizer, a labour rights activist, and a key participant in Lee’s film. Like the other organizers of Justicia for Migrant Workers, she does all of her work on a volunteer basis. As she said: “When the state is not there, we have to be there—as a community.” While we spoke, she kept having to pause our interview to speak with workers—translating information, checking in with workers, and ensuring that a woman who had disclosed to her employer that she was pregnant would be able to keep her job.

I asked Evelyn how she was able to continue doing this work in the face of the immense challenges that come with it—exhaustion, burnout, intimidation from employers. Her response was enlightening: “I find my strength among women: when we began filming for the documentary, I started seeing the work I was doing in a different lens, both figuratively and literally. Hearing the women speak about where they found their inner strength, from their own mothers—the strength they have needed to survive—helps me to continue in this work. When I felt exhausted, when I felt like I wanted to run away, I’ve returned to the strength of those women. We don’t have much access to funding, but we rely on many other kinds of resources—like strength, passion, knowledge, commitment, resilience. I feel those things on the farms.” 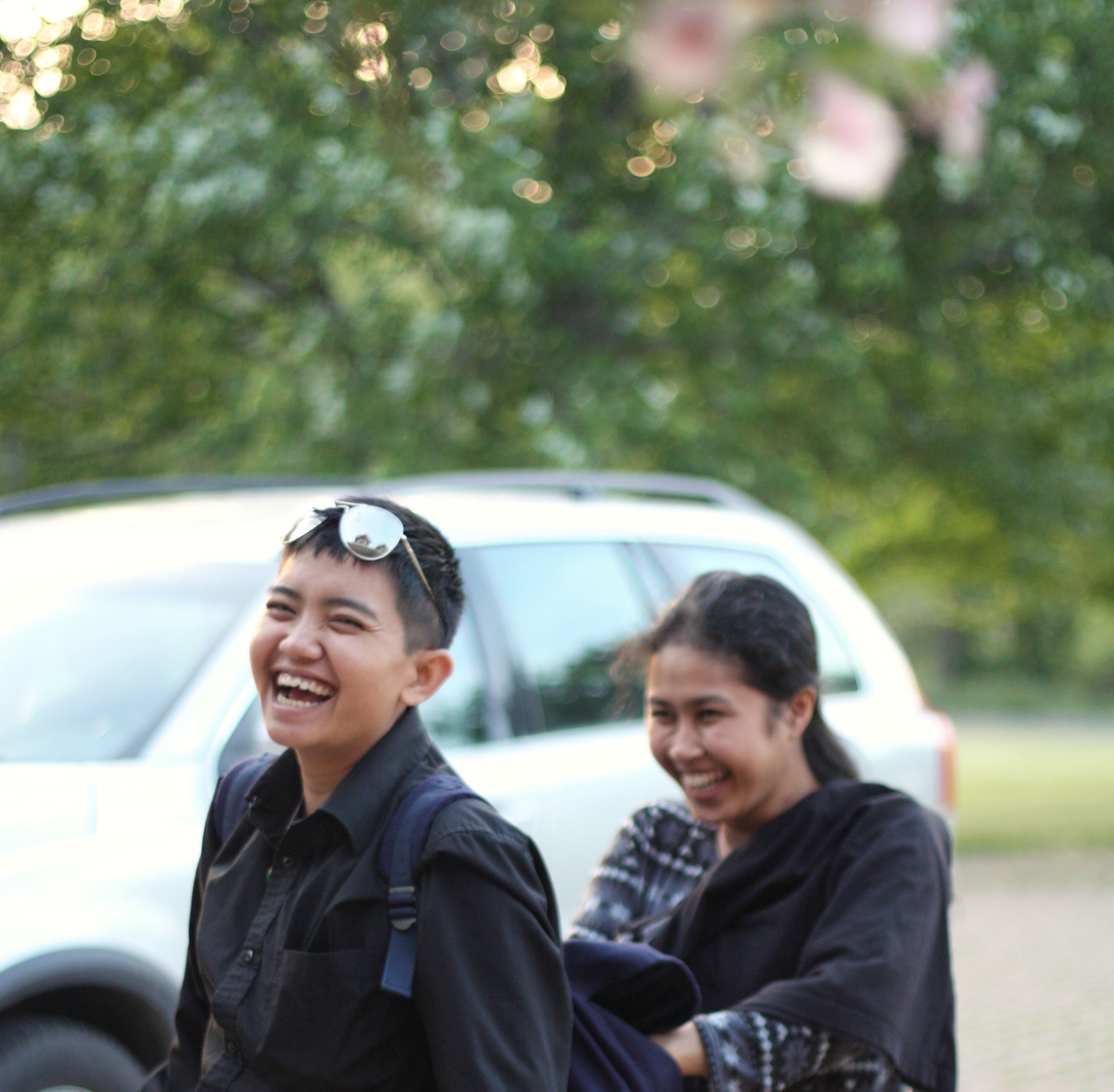 Too often, all aspects of the lives of migrant workers in Canada are ignored or rendered invisible —from the immense challenges and hardships faced by those growing our food, to their passion, intelligence, and the strength of their relationships. Migrant Dreams offers a window into both.

As the documentary makes clear, we need to not only be more aware of who is growing our food, but we need to pressure the federal government to change its policies and laws in order to better protect Canada’s most vulnerable workers. You can support Justicia for Migrant Workers and the Harvesting Freedom Caravan, either by donating, signing the petition to Justin Trudeau to grant permanent resident status to migrant workers or, if you’re in Ontario, by joining the Caravan.

Migrant Dreams is airing on TVO Wednesday, September 14th at 9pm and midnight, and will be screened in various locations throughout the country in the coming months.

All images are stills from Migrant Dreams.

IN CONSIDERATION OF BELLY BUTTONS