Homepage»Lives»HOW TO GET WHAT YOU WANT*

(*OR GIVE UP TRYING)

“You got what you wanted.” That’s what his message said, and all I could think was: What did I want? We had cuddled, had sex for all of five minutes, he went down on me. Is that what I wanted? Sure. Okay. I like all of those things. But I don’t go around trying to convince people to eat me out.

“I was drunk.” That was the other thing he said. What did that mean? I broke it down into actions, moments, words. It was Saturday night. I had blown off another social activity, like I tend to do on weekends. Then I had convinced myself that if I wasn’t socializing I needed to be working. So I wrote, I went for a run. A block from the end, he biked by. I said hi. He stopped and doubled back. He’d been watching the hockey game at a bar, so there you had it. I knew he’d been drinking. But I’m a light-weight so I assume everyone else can handle a few. He wasn’t slobbering or inarticulate. He balanced his tall frame perfectly.

I’d been in love with this man once. It has simmered down, gotten smaller, but never really went away. Meeting him was the most romantic thing that had ever happened to me. I felt like I’d finally found my person.

I had not found my person.

I’m getting ahead of myself. Saturday night. He parked his bike and came in. I offered him a beer someone had left at my house, because offering milk or orange juice on a Saturday night felt awkward. He had the beer, we talked, watched Amy Schumer. I told him I wanted to take classes in comedy.

“You’re too attractive to be a comedian.” I laughed it off, told him I’d wear gaudy makeup or start out in the writing room. He agreed to let me write. Oh good, a man’s approval! I was worried. I put the kettle on, to start the thanks-for-coming-over, see-you-later, I-will-always-be-kind-of-in-love-with-you-but-it’s-totally-cool, I-won’t-make-you-feel-awkward-at-all part of the evening. I turned around to find him right in front of me with a crooked grin on his face. The grin he wore when I kissed him for the first time. We stood there in silence.

“Awkward silence!” I said, hoping to diffuse the tension. He chuckled, but he didn’t go anywhere. “Head-butt!” I pushed him toward the door, the top of my head in the middle of his chest. He stepped back with me but didn’t go anywhere. “I’m like a ram, or a llama,” I explained. He just looked at me. We kissed. I wasn’t sure how it felt. It wasn’t a million fireworks, but it wasn’t bad. He was too tall. I invited him to my room. Maybe we could level out our proportions.

It wasn’t the first time he’d been in there. He would come in to watch movies, and I would be careful not to graze his hand or lean too close. But that night we spent hours cuddling, laughing. I felt his shoulders, his biceps, the nape of his neck., I traced his jaw with my fingers. “We should do this again sometime,” I said it lightly, but it wasn’t a joke.

Everyone tells lies in love. Little lies. Lies that aren’t lies in the moment, but look different in the follow-through. When we first met, he told me he’d always wanted to meet someone like me. That he couldn’t leave me. Then he met someone else. Then he left.

That night, I said we shouldn’t have sex. I said it multiple times, but it happened. It wasn’t nonconsensual. I asked him to get a condom, I asked if he wanted to, I asked if he had any conflicts. I asked.

The next morning I turned off my alarm and got ready for the last day of my seven-day workweek. I felt his hand draw a line on my back. He was lying in my bed. He was smiling. He was looking at me. I kissed him, got dressed, told him where the coffee was. I stumbled out the door.

A few days later he sent me a text: “We should probably hang out sometime.” I spent about an hour trying to come up with a witty response and landed on “Probably.” I was going to be out of town for a week, so I asked if he wanted to meet me after work at the train station. It was on his way home. He agreed.

It was awkward. We found conversation, but it wasn’t anything special. We grabbed a bite at a restaurant across the street. The waitress asked to take a picture of us for the wall. He put his arm around me, smiled, and took it away post-flash. He’s nervous, I thought. Not the first guy I’ve known to struggle with PDA. I kissed him as I turned to go, and it was like he didn’t know what to do with it, where to put it. On the train I texted: “This doesn’t have to be a thing.”

“We’ll talk it out later. Have a great time!” Well okay! After years without a real conversation we’ll finally get this thing cleared up once and for all. Ha. Ha. Ha.

He used to tell me I was privileged. It would come up, while we sat on my fire escape, drinking and watching the sun set or the clouds settle. It bugged me: this tall, white, taking-up-space guy telling me I was privileged. He didn’t know what my childhood was like. What it took to get through my post-secondary education. He didn’t know shit. But it’s true. I grew up in a middle-class home in the burbs of a small, affluent city. I had the opportunity to go to university. I’m white, cisgendered, straight. My privilege means a lot of things. It means I can pay my bills without government assistance. I don’t get stopped by the cops or at the border. It might be part of why I believe I can do anything and am constantly optimistic. I’m not sure.

It also means I can talk shit out. When I look at the difficult discussions I’ve had with men, it strikes me that very few are privileged enough to practise speaking clearly and honestly about their feelings, and know themselves well enough to do so.

I’ve read his words a dozen times. “Life isn’t a soap opera… I don’t owe you anything… I was drunk… You got what you wanted.” Everyone tells little lies. Maybe we mean them in the moment. Maybe we don’t know what else to say.

I’m getting closer and closer to thirty. I’ve lived most of my life alone. My first boyfriend would be happy to tell you he would’ve loved and supported me through anything if I’d just stuck it out. That remains my only long-term relationship. I’ve had people in my life longer, people who lived far away, never committed enough to move, but able to manage letters and the occasional adventure.

I’ve had people living close by that weren’t up for anything serious. Or just stopped answering messages for months at a time, coming back into my life with as little rhyme or reason as when they left. I’ve dated great people who just couldn’t make it work. Who weren’t able to put two feet in. And sometimes it’s me; I’ve walked away plenty. Knowing I wanted to connect, but this wasn’t the person I wanted to connect with.

I’m finally figuring out how to shut doors. But for the first time, as I do, I’m not interested in opening any more. I always wanted to fall in love, to have a life partner, someone as excited and ambitious about life as I am. I wanted to be on a team. But I am looking at what’s worked out, and what’s blown up in my face. What’s made me happy, and what’s made me miserable.

And I am left completely re-evaluating what I want.

Hayley Gray is a actor, writer, aspiring director, lover of rap music and riot grrrl. Fan of all two wheeled vehicles, fuzzy animals and candy bars. You can read about my art, work and life at hayleygray.wordpress.com/ or look at all my super cool photos at instagram.com/hayleyagray/. I also occasionally tweet and retweet at @Hayley_Gray 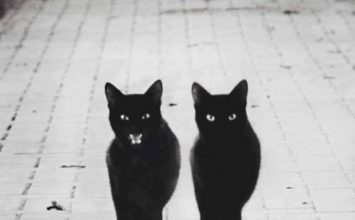 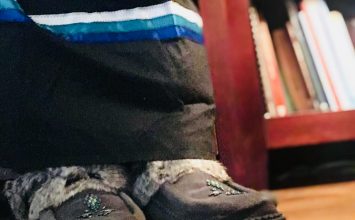 When Ceremony is Not Enough