Homepage»Advice»Courting Disaster: On Being Seen

Courting Disaster is a new advice column on matters of the heart (and loins) coming to you directly from the revolving door boudoir of international queen of hearts, Morgan M Page. A long-time notorious dater from sea to shining sea, Morgan is a trans girl on a mission to solve all problems big and small in your feminist, queer, and trans situationships. Not just any old Carrie Bradshaw, Morgan is the creator of Brazen: The Trans Women’s Safer Sex Guide, and will put her near-decade of experience as a sex educator at your disposal.

I’m a trans guy (over 1yr on T, pre/non-op) and I’m having a really hard time even leaving the house because I can’t tell how I’m perceived. I’m becoming obsessed with passing in a way that myself-2-years-ago would really frown upon. After several post-breakup months of self-imposed isolation, I want to start dating again. How can I determine if potential partners are seeing me the “right” way? I’m mostly attracted to men and it seems like only bi dudes are interested in me. I understand that everybody is entitled to their preferences, but it makes me nervous that maybe they don’t really see me as male.

The am I or aren’t I passing blues are, I’m certain, familiar to most of us in that amorphous and constantly re-defined space currently called Trans. While not everyone wants to or can pass, and passing doesn’t make anyone more or less valid, passing is always going to be a big deal—at least as long as this transsexual crone is alive (perhaps in the future they’ll just transplant us all into custom robot bodies, who knows, a girl can dream). It has direct consequences for our life outcomes—it affects our abilities to get jobs, secure housing, and, yes, it has some intense effects on our relationships. There is absolutely nothing wrong with trying to improve your odds. Knowing that, I suggest you forgive yourself of any guilt you may feel for focusing on passing, however problematique it may seem. Never apologize, even to yourself, for doing what you need to do to survive!

But be careful not to fall too far down that particular rabbit hole. Doing what you need to do in terms of binding, packing, choosing clothing, and/or seeking surgeries is great, but diving deep into analyzing the minutiae of every interaction leads only to a bottomless pit of despair.

Believe me when I say: I hear you on the bi men thing. Before I was cursed (in the nicest way) by a bog witch and turned into the #mtf4ftm queen of hearts bravely wardrobe malfunctioning before you today, I, too, was chasing the ever elusive cis-man-who-would-see-me-as-I-see-me. It goes without saying that there is nothing wrong or inferior about bi men! But it can set a trans person’s “do they really see me as me” spidey sense to constant tingle in a way that can be emotionally exhausting.

Sometimes, though, our search for the perfect “monosexual” (“just” gay or “just’” straight, not bi) man can be more about seeking validation than anything. Now I am not saying there’s anything bad about seeking gender validation via sex—I mean, it’s my whole thing—but it can make us fetishize certain ideas about types of men’s value as partners. For a lot of trans people, this can mean not considering other trans people as potential partners because they don’t give us that same hit of validation we’re searching for from cis people, and this reveals some uncomfortable underlying thoughts we may have about trans people that we should probably work on. I’m not necessarily saying that this applies to you, but I am saying that it’s worth us all asking ourselves the question. Trans men dating other trans men is no less gay than if they date cis men. As I’ve learned over lo these many years in the Valley of the D, the cis D does not have the magic power to transform us into who we see ourselves as. Eventually we have to realize that, like Dorothy, we had that power inside us all along.

My biggest suggestion is to get out there in the gay world! In your particular case, you’re more likely to find men who see you and treat you as a man by looking in more gay male-specific spaces—even the bi men who also inhabit these spaces tend to be looking for men, and so you can rest assured that they’re seeing you as a man. Whether you’re seeking hook-ups or real dates, you’re going to find more of what you want by taking the sometimes intimidating step of entering gay men’s IRL sexual and social spaces. Go to a bar, find a gay book group, camp at a radical faerie retreat, volunteer at a gay men’s organization, join AIDS Action Now (most of the gay AIDS activists I know are super down with the trans mascs), or head to Steamworks. The truth is that there are lots of gay men who want to sleep with and/or date trans men, and the ones who don’t know it yet will awaken to this fact once they get a chance to know you. This is all especially true in Toronto, where the gays seem to have recently learned that trans men exist and are slowly integrating them as just another type of man, alongside bears, daddies, jocks, and twinks. I can attest to this development personally, having watched many a twunk FTM ex-boyfriend of mine in Toronto “cross the aisle” so to speak.

Be aware, though, that gay male sexual etiquette is quite different than, well, anybody’s! And that’s not necessarily a bad thing. Consent is often negotiated non-verbally, and there are cruising cues that may take some time to learn and adjust to. These complex systems of sexual signalling have developed under more than a hundred years of intense sexual repression by the state, and can be a bit jarring to those who are unfamiliar with them, particularly if you have spent any time in queer or lesbian spaces where verbal consent and non-touching are the rule. In a bar or bathhouse, for example, you may find a man signal his interest by simply grabbing your dick or ass—this can seem alarming at first, but the appropriate response is to either brush the hand off, if uninterested, or to leave it there and make eye contact if you are interested. This milieu takes some getting used to, but it is where I first sprang forth into the world fully-formed and mostly undressed like Athena from Zeus’ brow.

Finally, Stephen Ira—grand poet, gay FTM expert, and one of my very best Judy’s—points out, among other pearl necklaces of wisdom, that bears and leather daddies are particularly amenable to the trans mascs. If you’re a bottom or vers, you’ll probably be an easier sell, but fret not: I know a number of FTM tops who are in a gay way (I cry every night into my pillow that such tops are beyond the grasp of my feminine wiles!) and they seem to make out like bandits. Also, if you haven’t already, make sure to check out Primed: a Sex Guide for Trans Men into Men for more information on cruising, sexual etiquette, and sexual health for gay, bi, and queer trans men.

Send your feminist, queer, and/or trans dating problems with the subject line “Courting Disaster” to submit@gutsmagazine.ca. 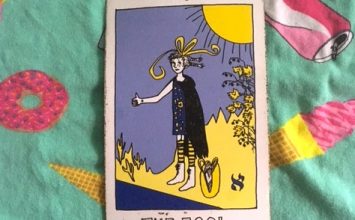 Ask A Feelings-Witch: What’s a shy queer to do? 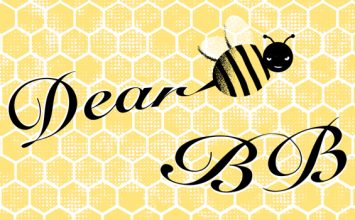 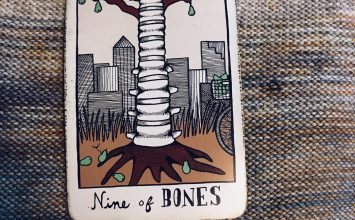