Amber Dawn’s newest book Sodom Road Exit has been described as “part broken family melodrama part lesbian supernatural thriller.” It was this description that piqued my interested, the novel’s enthralling narrative that prevented me from putting it down, and all the ways Amber Dawn interweaves the complexity of relating to each other—across difference and in difficult situations—that has me thinking about Sodom Road Exit long after having finished it.

In the interview that follows, we ask her about fear, love languages, and who we should be reading next.

GUTS: As the editor of Fist of the Spider Woman, and a self-described genre-hopper, Sodom Road Exit isn’t your first foray into what I’m going to call “scary” writing, such as thriller, horror, suspense. What’s your relationship to genres that work through fear? Do you watch or read a lot of these kinds of works?

Amber Dawn: The first two books I fell in love with were Katherine Dunn’s novel Geek Love  and Maxine Hong Kingston’s The Woman Warrior: Memoirs of a Girlhood Among Ghosts. While they are wildly different books, expressions of fear are palpable in both: fear of the unknown, fear of the other, fear of being othered, fear of not belonging, fear of oneself. Fear—whether expressed through a fictional character or by a nonfiction narrative voice—often helps reveal just what is at stake. When reading, I often focus my attention on what the characters or narrator is afraid of, what external forces are causing those fears, and what choices (or lack of choices) are being made during times of narrative tension and fear.

GUTS: Starla makes the move away from her hometown to the big city, only to return back home. While cities are often upheld as the epicenter for queer life, possibility, and community, Crystal Beach is where community and kinship really flourish in Starla’s world. Can you discuss the choice to anchor this lesbian supernatural thriller—that doubles as a story about community and showing up for each other—in a small town?

AD: You’ve hit upon one of my central goals for the novel—to disrupt the idea that queer life and urban life are synonymous. I wanted show a small, rural community not only as queer-friendly, but more so as a community of different characters who come together cooperative ways. I wanted my ensemble of characters—with their different strengths and shortcomings—to face off against a powerful antagonistic force so they’d have to collectively mobilize and show up for each other. That antagonist is a ghost. And the hero is not an individual, but a community.

GUTS: Not only does Crystal Beach allow for the animation of a ghostly presence, Crystal Beach is a kind of ghost, especially for Starla. At one point Starla asks herself “Am I afraid of my hometown or of myself?” What do you think is so terrifying about hometowns?

AD: When I visit Crystal Beach, which is not often, I visit a place I moved away from twenty-six years ago, and no matter how old I become, I somehow embody a very vulnerable, teenager-like self. It’s as if my entire adult, queer, survivor-centred self stays behind in Vancouver, and I’m left grappling with some of the same feelings, discomforts and traumas I had as a youth. A large percentage of my close friends are survivors and queers, who also left rural or small hometowns. A common theme for many of us is a deep longing to exit the city and return to the rural communities that hold our formative memories, but to return would also mean returning to the very places and people that hurt us.

I wanted to emphasize this with Starla. She does not develop a sense of belonging while living in Toronto, yet going home is not a simple relief from urban life. It is complex and horrific, so complex and horrific that allegorical and literal ghosts haunt her as soon as she arrives back in Crystal Beach. 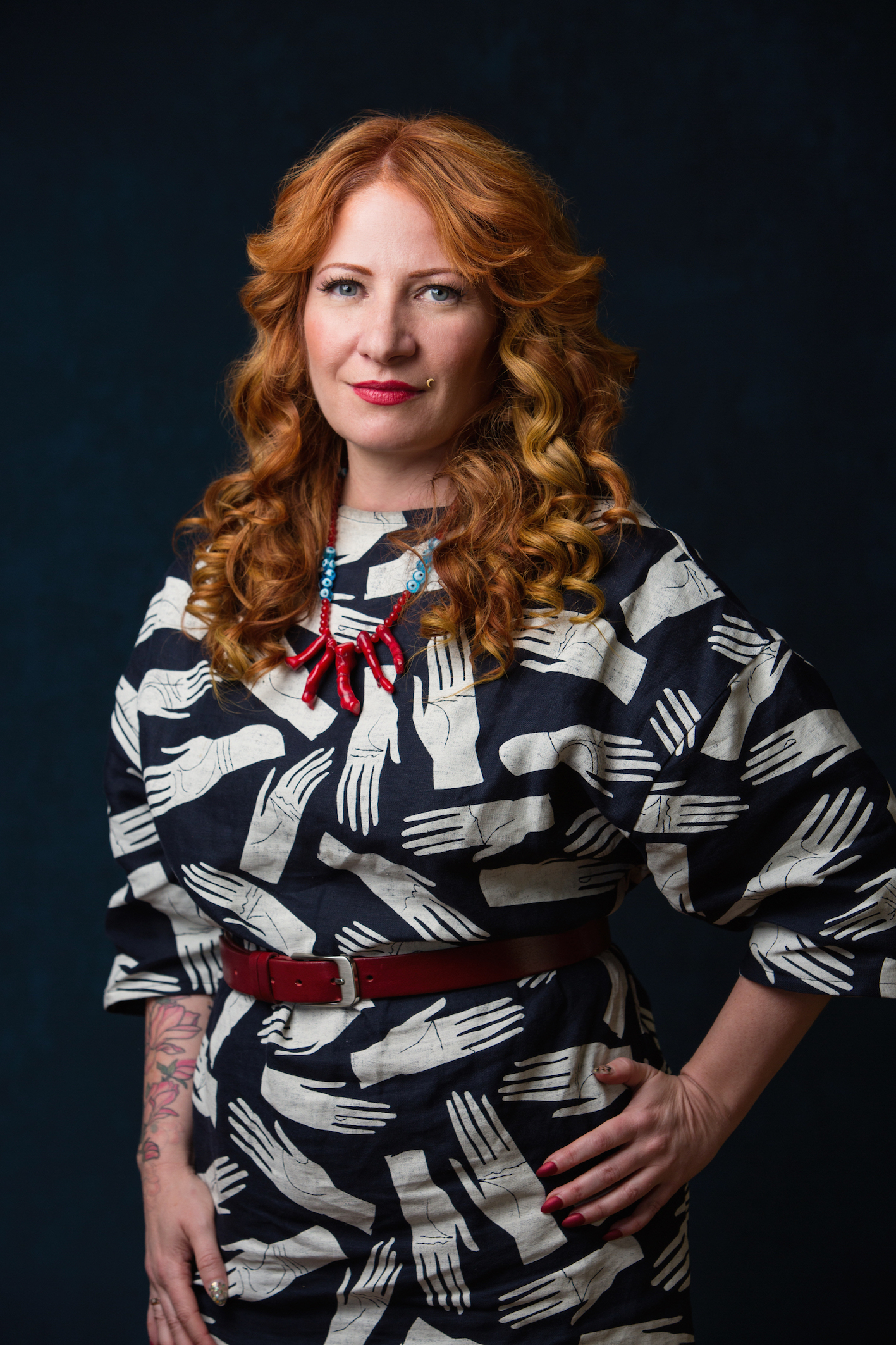 GUTS: For me, one of the most compelling aspects of the novel is Starla’s relationship with Etta, the ghost that’s haunting her. The plot of many horror stories could be summarized as “hero must vanquish the supernatural evil.” And that’s so far from the truth in Sodom Road Exit. Starla maintains a very complicated relationship with Etta, at once held by queer desire, place, and hope. What do you want readers to take away from this relationship in particular?

AD: In 2013, I published How Poetry Saved My Life: A Hustler’s Memoir, which is about my experiences as a sex worker and an emerging writer. I was blessed by wider reception than I would have ever imagined, but it was a mixed blessing. Many readers approached my memoir as a triumph narrative—an account of horrible past traumas that I overcame. I think “survivor- triumph” is a white concept. I frequently see white survivors, myself included, privileged and elevated to hero status. We exemplify a reductive idea that trauma is individual, and that we can “let go” of the past and become productive parts of a white, normative, capitalistic society. Most survivors, especially Indigenous peoples and people of colour, are not afforded anything resembling a triumph narrative. And many survivors don’t want a triumph narrative applied to their personal experiences.

Because horror and thriller genres so often feature, as you say, a hero who must vanquish evil, I thought a ghost story would be a apt genre to subvert. I wanted to allegorically explore some of the more nuanced ways in which trauma works. My protagonist doesn’t vanquish evil, so to speak, and she isn’t lauded as a hero at the end of the story. In fact, when she does attempt to be individualist, power-holding and hero-like she only makes things worse.

GUTS: There’s a passing love languages joke in the book—and throughout, I think that Starla is really attentive to both the ways she receives and responds to people’s gestures of affection. Are you a love languages person? If so, would you tell us yours?

AD: LOL, sure. I strive to be self-aware, to be cognizant of all my biases, attachments, faults and desires. So, yes, I’ve definitely explored my love languages, which are physical touch and acts of service and devotion. It’s not part of the Gary Chapman school of love languages, but conflict resolution also evokes love for me. I often feel like I’ve expressed love and have received love during times of respectful conflict resolution with friends, lovers and family. I hope this love language is evident in my novel too. 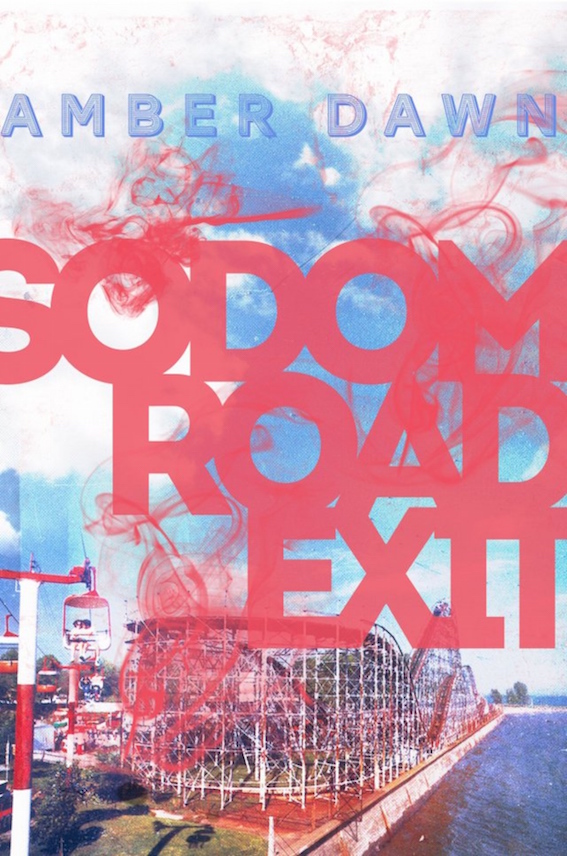 GUTS: You’ve tweeted about three guiding reasons for why you write about sex work. In this thread you write “Sex workers’ stories are stories of practicing mindful consent. Our stories are about cooperation during times of crisis, about sharing very limited space and resources. Our stories are often about working together through our flaws and weaknesses to literally survive.” Sodom Road Exit is all of these things. Are there other authors would you recommend who are writing these kinds of stories? FERTILITY AWARENESS AND YOU