Homepage»Issue 1»THE POLITICS OF MEMORY

Feminist strategies of commemoration in Canada

The École Polytechnique massacre and the ongoing crisis of missing and murdered Indigenous women are two of the most staggering tragedies of patriarchal violence in the history of Canada.  Feminist strategies toward memorializing women who have fallen victim to violence at the hands of men take many forms in this country, from monuments to legislation, from art to annual vigils, all of which attempt to bring together the dual purposes of addressing grief and producing change. Commemoration of those lost to us is an emotional and political strategy: it has the power to generate catharsis or revolution. Commemoration which reclaims voice for subaltern groups can build counternarratives to those master histories that have been normalized as ‘truth’; as such, memory work, reflective of lived power relations, is grounded in diverse social spaces and functions toward a myriad of intersecting and conflicting ends.  Memorials, even monuments, are historical and under constant renegotiation by the publics who remember around them in diverse contexts.  For Tracy Kulba, “[c]ritical memory work requires attending to that which is forgotten and that which is made meaningful and to the ways in which that remembering takes place.”  Memorials ought ideally to be developed through a critical process which investigates the factors at play both in the events being commemorated and in the project of creating a memorial. In particular, memory work is important to those groups whose histories have been suppressed by structural inequalities, and who struggle to render what have been constructed as marginal histories legitimate and audible.

Memorials take on the role of speaking on behalf of those who can no longer speak for themselves: individuals, particular communities, and murdered women as a group.  Laurie McNeill, in her comparison of “the Montreal Massacre and Vancouver’s so-called  ‘Missing Women’  serial killings,” raises questions of access and worthiness in the processes of memorialization. The conceptualization and creation of memorials has the power to reify or reimagine social hierarchies of worth,  at the cost of eliding personal and public grief and memory. Feminist iterations of memorialization have occurred as protests, vigils, works of art, legislation, investigation, scholarship, theatre, and inevitably monuments. As such, some are permanent and physical while others are momentary, recurring, or ideological; some belong now to the realm of memory themselves, while others have forever altered the ideological landscape of gendered violence in this country.

Feminist memorial-builders and scholars of memory have identified the “risks of symbolically conflating ‘woman’ with ‘victim’” in discussions about commemoration. Inscriptions on memorials have been painstakingly debated to avoid such re-victimization of femininity; meanwhile, the public has often reacted negatively to identifying male murderers as men. In the case of Vancouver’s ‘Marker of Change’, a monument to the École Polytechnique tragedy of December 6th, 1989, the proposed inscription included the phrase “in memory and in grief for all women murdered by men,” which prompted irate public outcry, accusations of misandry, and even bomb threats. The question of how to refer to the 1989 murders of fourteen women in Montreal is also fraught. Frequently referred to as the ‘Montreal Massacre,’ some critics have condemned the use of the term ‘massacre’ as inferring an isolated and insane tragedy, devoid of cultural context or systemic underpinnings.  The event is also frequently named with reference to the school where it took place, as the École Polytechnique tragedy.  While the shooting was certainly both a massacre and a tragedy, the decision to refer to it as the former (thus eschewing neutrality and justly retaining the connotations of criminal murder) or the latter (which bestows a strange passivity upon the events which could be shared with a natural disaster but maintains the sense of grief befitting what was certainly a tragic occurrence) is ultimately one of both political and personal preference. Whether to underscore murderousness or shame: it is a question of whether to speak in the language of anger or that of grief.

The many memorials to the École Polytechnique tragedy take a myriad of forms.  The ‘Marker of Change’, which was unveiled in 1998, was among the first permanent monuments to the Massacre.  It stands in Thornton Park, across from the train station in Vancouver’s Downtown Eastside.  Built by a feminist collective out of Vancouver, it takes the form of a circle of granite benches, in memory of the women killed in the Montreal Massacre as emblematic of all women killed at the hands of men. The Massacre has also been written into Canadian history through the National Day of Remembrance and Action on Violence Against Women, observed on December 6th of each year as a time for grief and for recommitment to the struggle to end violence against women.  More recently, moments of silence have been accompanied or replaced by a ‘Not So Silent Vigil’, in which women and allies gather to scream their protest against patriarchal violence, rejecting the implications of silence in the face of injustice. Other monuments to the tragedy have been erected in cities and towns across the nation.

The label ‘Missing Women’ has been applied to two different but not entirely distinct groups in Canada.  It refers to a diverse group of women, many of whom are Indigenous and most of whom are impoverished, who have gone missing or been killed in Vancouver’s Downtown Eastside (DTES); it also refers to the hundreds of missing and murdered Indigenous women across the continent. Because of their considerable overlap and due to the broadness and indeterminate size of each group, the two are frequently conflated, but the Missing Women of the Downtown Eastside are by no means all Indigenous, just as the Canada-wide group of missing Indigenous women commemorated by Sisters in Spirit do not all have links to the West Coast’s poorest neighbourhood. Contrasting memorials to the victims of the École Polytechnique tragedy with memorials to ‘Missing Women’, then, involves acknowledging one of the many differences between the two cases: specificity.  We know the names of the fourteen women killed at the École Polytechnique and we know the name of the man who shot them.  In contrast, hundreds of named and unnamed women have been killed at the hands of many across the continent. Most telling is that those women identified as ‘First Nations’ and as ‘impoverished’ are so often forgotten despite their proximity to gendered forms of violence.

The Sisters in Spirit campaign was launched in 2004 with the goal of ending violence against Aboriginal women. In October of that year, Amnesty International released a report called ‘Stolen Sisters: A Human Rights Response to Discrimination and Violence Against Indigenous Women in Canada’. Sisters in Spirit was a living memorial to women killed by systemic colonialist and patriarchal violence; it lost its federal funding under the Conservative government in 2010. The organization’s work nevertheless goes on: every October 4th, Sisters in Spirit marches in protest of violence against Indigenous women take place in cities and on highways across Canada.  In Vancouver’s Downtown Eastside, another annual march for memory and change takes place: “The annual Valentine’s Day Women’s Memorial March gives political expression to a complex process through which Aboriginal women [in Vancouver] are struggling to change the language, metaphors, and images through which they come to be (re)known as they emerge into public visibility.” Dara Culhane identifies the Valentine’s Day march as a reclamation of public space and visibility in a culture and community where Native women have been systematically disenfranchised and their identities erased.

The physical monuments to missing and murdered Indigenous women in Canada receive neither the funding nor the prominence of those dedicated to the fourteen women killed in Montreal. The CRAB park boulder, located a few blocks from the Marker of Change, is inscribed with the words: “The heart has its own memory: In honour of the spirit of the people murdered in the Downtown Eastside. Many were women and many were Native. Aboriginal women. Many of these cases remain unsolved. All my relations.” Within the past year, The Living Memorial Stones Project began installing small brass plaques in the sidewalks of the Downtown Eastside to commemorate the women murdered by Robert Pickton. In addition to active and physical memorials, art exhibits such as Kati Campbell’s 67 Shawls and works of theatre like Marie Clements’ The Unnatural and Accidental Women, grieve for and re-empower Indigenous women by creating counternarratives of strength and community. 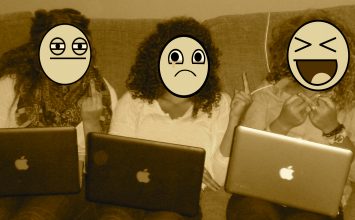 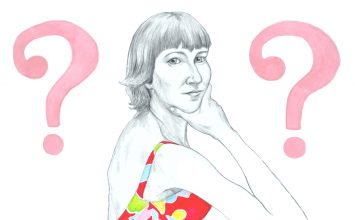 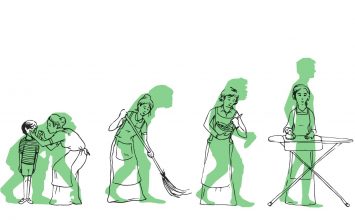