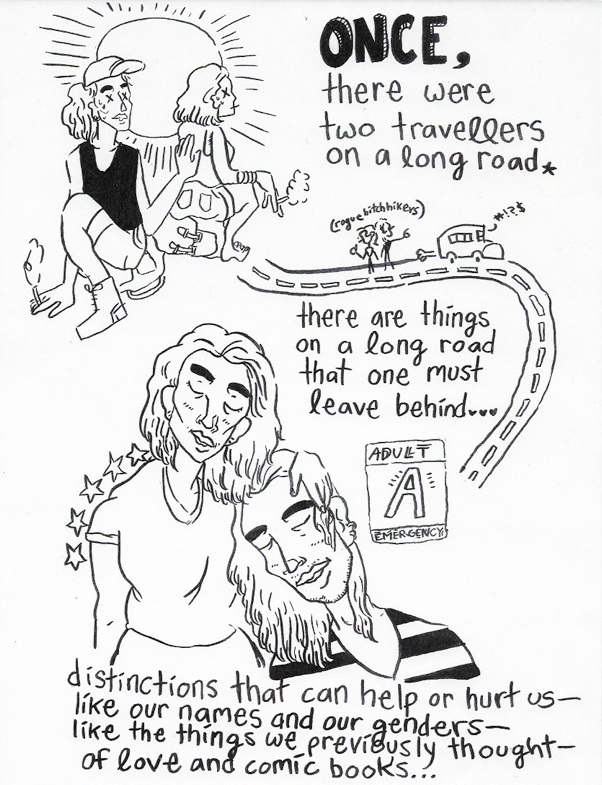 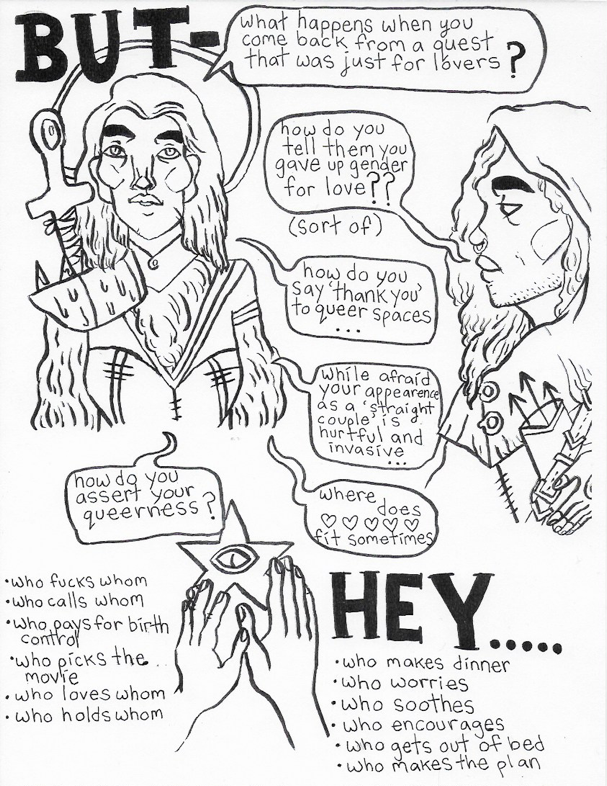 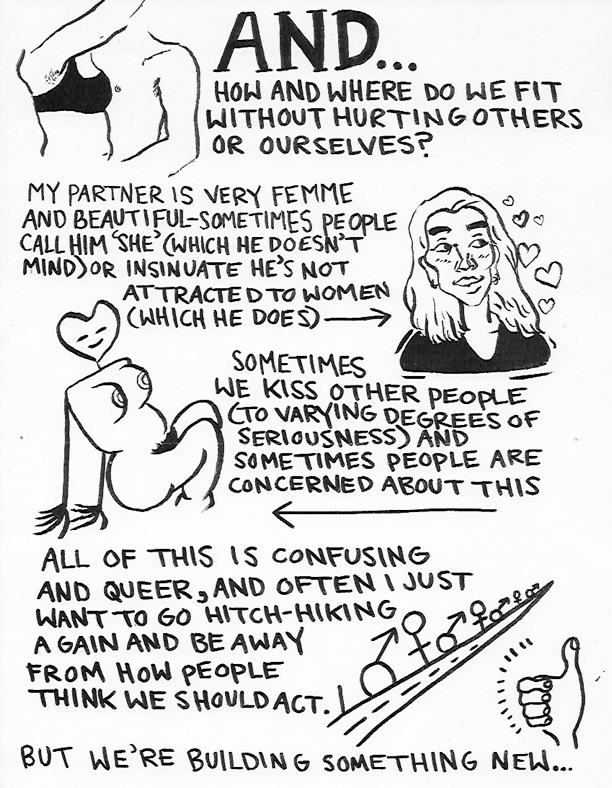 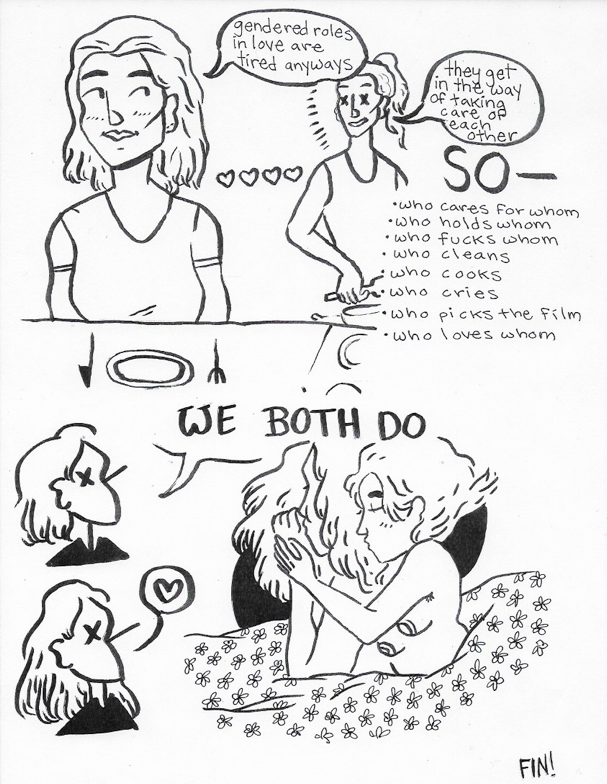 Evangeline Freedman is a student of Early Modern Studies and Gender and Women’s Studies at the University of King’s College, and also makes comics. In the past, she has published three zines in her series Wasteoid, a short comic entitled I Wuz Here, and has written short pieces for Fig Tree and the Town Crier. She is spending the next few months working on her first long form and non-autobiographical comic. You can follow her on Twitter at @qixotixa, and on Tumblr at qixotixa.tumblr.com. Evangeline likes red meat, horror movies, menthols, and underground comix written by women. Family in the Time of the Internet