Re-claiming the definition of intercourse as any form of interpersonal communication, we undertake a collective exploration of how “sex” and “conversation” have become newly entwined in the digital era. Challenging the notion of the digital as interchangeable with the “post-physical,” we trace the serpentine contours of the “physical” (vis-à-vis the “material,” the “immaterial,” the “metaphysical,” and the “abstract”) in order to ask how the remnants of physical sex acts (stained sheets, lingering odours, limbs lain with exasperated muscles) are translated by virtual interfaces or deposited in the nooks and recesses of digital space (chat transcripts, screen shots, text messages). Probing these post/physical forms of sex through a methodological commitment to write and think both collaboratively and from within the intimacy afforded by confusion, we hope to offer new touchpoints for queer and feminist conceptions of “sex.”

<epigraph> “The invention of names. The task of re-populating the world with new entities simply by speaking them into being. Before they appear, in inanimate suspension, in the <a href=“https://www.google.co.uk/webhp?sourceid=chrome-instant&ion=1&espv=2&ie=UTF-8#q=in%20the%20dream%20of%20nothingness”>dream of nothingness</a>, they wait to be called into existence. They arise or wake like someone answering their name. And they say nothing more. They are not yet beings, characters, places, objects, or states, for overcoming nothingness is a minor act, it does not give life, does not send creatures out to walk upon the Google earth.” </epigraph>

<setting> A budding grove that is a wallpaper

<E><movement> Shuffles papers together, which make no sound. </movement>

<R, A, M><movement> The three line up, flush with E, feet heavy, but they make no sound </movement>

<R, A, M, E><movement> They open their mouths to talk, wide as they get, then wider.

<E><speech> I am convinced that none of these categories exist. That one can never be <i> after</i> … <i>“post”</i> … physical. That somatic part of our attachments cannot ever be shed until we croak—

<R><speech><interrupting> And even then, </sound> when we are

<E></speech></interrupting> dead and covered in a mushroom suit, we will be in a <b>very</b> physical relationship with dying itself. </speech>

<A><speech> And with the earth itself. </speech>

</sound><setting> The place where we almost touch. 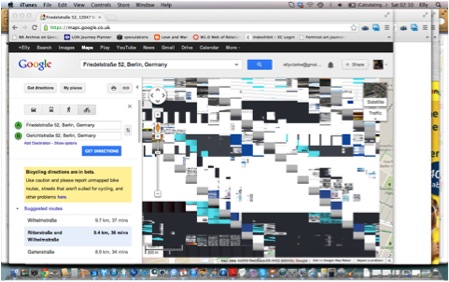 <insertion> finger-glistening cum on the keyboard whenever I want you know whose originary skull-shape and man-quotient are judged indeterminate, even by almighty forensics itself. I heard them say it is the kind of place that when you shout they don’t have to think if how your mouth looks is lying. the beastly fresh air of being what I say just the thought of it and we have the chainbreak that in an earthly huddle we could only whisper about between shifts at work. think big, hija, think the end of hunger, too, because in it there is none of that flesh-borne need, just bare, brazen electricity and pure signal, the magical causality of the word, like when I send you a message, you start to leak. (i seen it because once remember you took a picture with your phone and showed me.) and sure the naysayers will worry but the first time I saw a dick it was in two dimensions and look at how finely I turned out: sparkling paragon of plasma flatness-as-world. </insertion>

<A, E><movement> Process from the left.

<M><phenomenon> a yearning, lost in the ether. </phenomenon>

<M><movement> dismounts and sprints to the oval of flesh, on the border of the void, and faces south. </movement>

<M><shouts> I had wanted you from the start. </shouts>

<R><movement> lifts up her skirt. </movement>

<R><speech> There is no night and day in the permanent now, and when I want respite from the unceasing, flat illumination, I put my dress into my eyes and pretend I know how to say </speech><i> twilight </i></sound>

<E><speech> —Can you say that again I was reading a text message. </speech>

<A><movement> Walks the long edge to the red tip, jumps up and down, crown intermittently touching the black, begins to fuck the impasto. </movement>

<M><reply> The bride is basically a motor. </reply>

<trappings> the politics of the unobserved gaze </trappings>

<A><speech> You have the irreducible look that is found in only certain animals’ eyes. Look deep into my webcam. </speech>

<setting> The interim between sending one message and receiving another 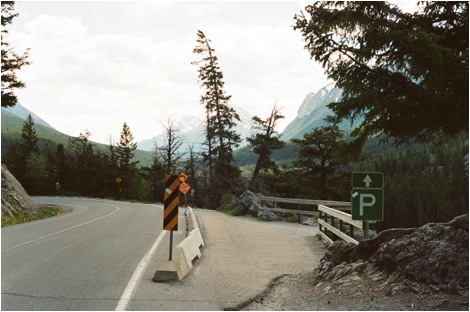 Amanda Turner Pohan is a multi-disciplinary artist living and working in Brooklyn. She received an MFA from Hunter College and a BFA from The School of Visual Arts in New York. Her work has been shown in Canada, Croatia, New York, and Spain, and she is the recipient of the 2014-15 A.I.R. Gallery Fellowship in Brooklyn with a forthcoming solo show in 2015. She is the co-founder of Temporary Agency in Queens, NY, and her writing will be published in English and Spanish by the Buenos Aires Review in late 2014.

Robin Alex McDonald is an academic and cultural producer from Toronto, Ontario. They research and write about many things, some of which include queerness in/and “art,” collectivities and relationalities, drawing, and underrated ‘90’s television heroines.

Michelle Ty lives in Oakland where she writes and does not write.