Rebecca Jade asks: what would the future look like if gender were something infinite to grow into, instead of another form of anti-Black domination? Who are you from? Sylvie Vigneux traces the erasure of Indigeneity in her family A weekly roundup by GUTS A new open forum for letters to GUTS editors 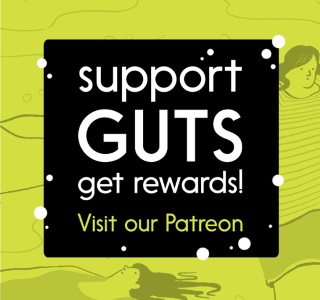