In light of the recent terrorist attacks in Paris and the subsequent spate of abuse and assaults against Muslims living in Western countries, it is important that the vulnerability of visibly Muslim women is acknowledged. Even non-Muslim women of colour are at risk for abuse, should they choose to protect themselves from the cold with a vaguely Islamic scarf. As non-veiled Muslim women, both myself and Yasmin Alibhai-Brown carry a certain privilege in our ability to pass through Islamophobic spaces with slightly less scrutiny than our hijabi sisters.

Inclusive feminism necessitates an acknowledgement and acceptance of both the vulnerability of visibly Muslim women and the privilege of non-visibly Muslim women. Muslim women, veiled and unveiled, need to stand together. Feminists, Muslim or not, need to stand together. Without this, we are only perpetuating transcultural patriarchy—which seeks control of women’s bodies—through simultaneous criticism of wearing too much and too little.

“Half-naked lasses and young veiled women are an affront to female dignity, potential and autonomy,” she writes (emphasis mine).

Whether a woman covers her hair or face to appease an abusive conservative guardian—as Alibhai-Brown seems to think is the majority of cases—or begins covering as an adult, it is no one’s right to pass judgment on her choices. If the goal is freedom of choice for women who currently wear a hijab, jilbab, niqab, etc., only because they are pressured to, we cannot begin by condemning those women. We cannot police, victimize, or infantilize them.

Alibhai-Brown’s solution for women and girls forced to cover is  dress codes. Whether it’s a school uniform or legislation against face coverings, she believes that requiring Muslim women living in the West to uncover by law will allow those women coerced into covering to finally be free: “I think it is perfectly fair and civilized to insist on dress codes that apply to all citizens in schools and other public service establishments, and, within limits, the private sector too,” reads a section titled: “Why the veil should be repudiated.”

But this is no solution. Imposing universal dress requirements in Western countries to prevent Muslim women from covering their faces or hair is not at all an answer to the problem of societally enforced rules for how women should dress. In fact, it is a reiteration of patriarchal and misogynist ideas that require women-identified persons to dress according to convention. This is not feminism.

Alibhai-Brown considers how conservative fundamentalist rhetoric calls for women staying out of the public sphere. How can making the public sphere hostile to all expressions of Islam be a solution?

Women, especially young women, who find themselves in controlling or abusive situations need to be free to go to work, or attend school—whatever might allow them to eventually remove themselves from that situation. If a Muslim woman is in a situation where her family—a spouse or a guardian for example—will not allow her to go outside the house without certain coverings, making those coverings prohibited outside the home leaves Muslim women literally nowhere to go and no opportunity to live their lives. The result is that conservative families will keep their daughters at home. Can this be considered liberation?

I want to note two points. First, I strongly do not believe that the above scenario represents the majority experience for Muslim women in the West who choose to cover. Fundamentalism, control, and abuse certainly do exist, but there are so many passionately faithful muslim women who choose to veil for a number of reasons. Not being amongst their number, I won’t disrespect them by speculating. I encourage you to do what liberal feminists often fail to do: listen to those women themselves.

Secondly, spending time differentiating between the hijab and the jilbab, Sunni and Shia, and examining the philosophies of the veil (from Quranic scripture to modern teachings) is much more talk than is really necessary for this so-called debate. Talking about historical, philosophical, and conceptual understandings of the veil is unnecessary when deciding whether you support women’s choices even if they are not the same choices you would make for yourself.

The solution is simple: solidarity. Any woman—Muslim, not Muslim, living in Western countries or not—should be able to dress exactly how she pleases. It’s true that there are cases of women in Muslim countries and families who do not have that freedom. But patriarchal oppression is a global phenomenon. From the debate on reproductive rights in the United States to female infanticide in India to sexist public service announcements in France, women all over the world experience inequality;  reinforcing a connection between sexism and any particular religion or culture erases the experience of all women outside of that religion or culture. Additionally, it tends to remove agency from women of that religion or culture who are painted as unknowing victims their own culture. Be it family values, law, latent societal ideas, or bad feminism, women all over the world the world over are being told how to dress and how to express themselves.

“This issue cannot be left to Muslims to debate and decide.” Alibhai-Brown’s state-based solution serves xenophobic and misogynist rhetoric to right-wing pundits on a silver platter.

Alibhai-Brown’s focus on the abusive guardians and forced modesty erases the agency of Muslim women who choose to cover themselves and it erases the opportunity for collaborative solidarity between feminist organizers and activists on an international level.

What is solidarity? It’s more than just aligning yourself with a cause or a community, or calling yourself a feminist. It’s standing next to someone (or behind someone) and supporting their choice to live their life as they please.

When that someone is a visibly Muslim woman-identified minority that means allying yourself with a community that is currently under fire. The so-called “question of the hijab” has been answered in the voices of veiled women who have spoken explicitly about their choices and their faith across various mediums. Any feminism that overwrites the words of the oppressed with their own rhetoric about how to liberate them is no feminism at all. It is repression in another form.

Haseena Manek is, in no particular order, a freelance journalist, feminist and eating enthusiast. Co-writer and editor of Media Works: Labour Rights and Reporting Handbook, a project by CWA Canada, the National Campus and Community Radio Association and the Canadian University Press. Currently based in Aarhus, Denmark, she works as a writer, editor, photographer and radio journalist. Follow her on Twitter here. 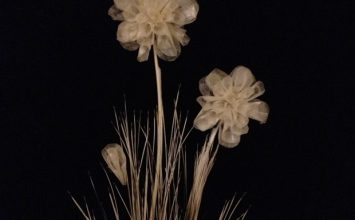 IN CONSIDERATION OF BELLY BUTTONS 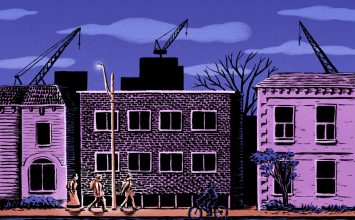 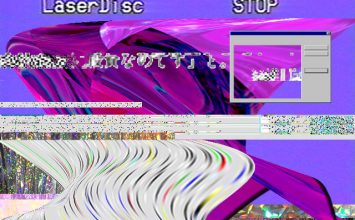